According to the researxch that I’ve been basing the chonologicalness of top 10s I’ve written in the past… this is pretty much the next rambling I’m supposed to rewrite. Like. A few months ago, to be honest. And stuffs or something. Actually.. this should have happened before the top 10 womenness? Then like… I did horror movies.

Actually, nope. Top 10 womenness was, apparently, one of the first ramblings I ever wrote. Like. Ever. Weird. So. Like. Whatever. Basically… Top 10 womenness should have happened pretty damn close to first. THen the other ones. Then this one.

Bruh,. I already dide this rambling.

Benjamin/Haas? World’s Greatest Tag Team? Bruh… suck my dick. But don’t. Because I’m a lesbian. SNITSKY~!/HEI-DEN-REICH! Are THE world’s greatesttag team. But. No. They never existed. Thanks, boring ass mid-2000’s Orton.

Read the rambling my dudes.

All of it’s been done to death. Shit. I just got that gif there form this rambling. So.

Was this THE nail in the WCW coffin? No.

Merhaps, this were where the Titanic first hit the iceberg. I dunno.

Either way. Be it that Hogan paid Patrick off to do a normal count instead of the agreed upon fast count. Or Sting “not even having a good tan” as Bischoff argued to death with Conrad Thompson. Which, has recently been revealed to be… Bischoff going easy on Sting and Sting’s personal issues at the time… Or merhaps Nick Patrick just didn’t know WTF the finish was supposed to be like he’s claimed.

Even though, at the end of the day… the 13,000-ish people in Washington D.C…. areea?… Didn’t leave that arena disappointed.

It was an 18 month story. And it all got butchered.

Dude. This shit was brutal.

Being the World Heavyweight Champion on Raw for the better part of two years. Hell. Nearly three? Whatever. As a, still… VERY much enthused fan… watching Raw during this time, it was damn near unbearable. Fucking. Jesus. Whatever. I mean. No one was sticking it into the son of god or whatever. But.

Triple H was sticking it into a manaquin. You know. Katie Vick.

Rob Van Dam. And Booker T. And Kane. And…

Back in those dayas. BEfore memes were memes. I had a GOOD ass meme about Trips. Before it was known, collectively, as “The Reign of Terror.”

There’s no, “Metallica” there… just a ghostly image of Trips himself. the strings hanging off of his spread arms. And on the graves are “RVD,” “Booker T,” and “Kane.”  Oof dude. It was a good time.

Speaking of a good time…

The AI artist gods are a good time. 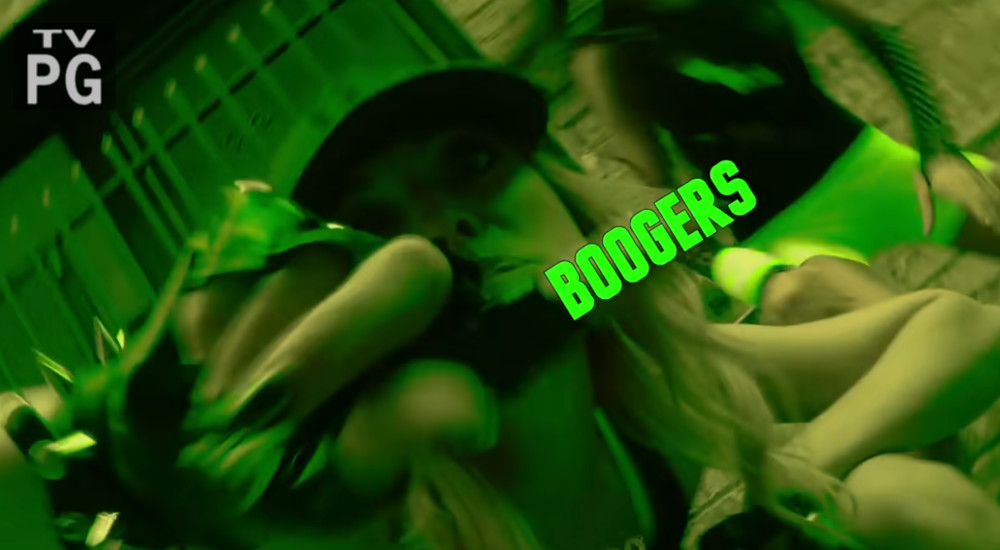 I mean. Not to dump on Hunter or anything. But Jessu.

I mean. Basically. Anything involveing Horswoggle during the PG era was garbage. Unwatchable horseshit. And. Yeah. They took a fucking undeniably anti-authority… anti… parental guidence thing… And turned it into a Saturday morning cartoon.

That shit happened 13 years ago.

This was the first time I MAJORLY fell off with wrestling. And I mean, as bad as it was, it wasn’t entiely WWE’s fault. But whatever.

I think… somebody else was good?

But no. None of it was. Not even Bob Barker. Shut upt.

This was the first “Monday Night War” era thing to ever happen on my brithday. So. That’s kinda cool. And I mean. I was THOROUGHLY in the WWF camp at that point, dispite WCW being my first introduction to the wrestles and whatnot.

Abd,,, yeah. I loved i t at the time. It was cool. FUCK THE SHIT OUT OF WCW! BREAK THE BACKS! HUMBLES! STUFFS! All of hat.

But I mean… long term?

If Bischoff had bought WCW and all that? Big Bang happens? Who the hell knows, right? Joey Styles and Don Callis on commentary? RVD? Sting<? DDP? All sorts of awesomeness?

Fuck you, AOL. You piece of shit nothingess.

I love Eric. WCW will forever be in my blood.

I’m pretty positive that I can say, on neutral ground. That. He’s kinda. Totally in the right amongst all of this? I mean… even in that clip above, which, I guess isn’t the one I thought it was that caused all of this nonsense… Eric’s still likem, “Dude, I want AEW to scuccueed!” You know? It’s not like he HATES Tony,.

Tony just seems to have a very… very… thin skin about stuffs.

Eric’s always been critical of AEW. Like. Why’s that a problem? Stop it.

But I mean.. you know… given this… I guess… you know… Tony takes everything to heart. And stuffs. Which is fine. It’s awesome. TOTALLY awesome that he’s as passionate as he is.

Especially considering tjat… ffs… the video’s not on the 83 weeks channel anymore BOOOOO! But… Eric jhst recently told the story about how Tony was pissed at him, and Tony was blowing up somebody’s phone (Eric didn’t say who it was). That somebody said that Eric should call Tony. Eric called Tony. Left a voicemail. Because Eric’s a boomer. And Tony never responded.

To be 1000% fair… Eric also said some dumb shit like, “Tony’s gotta keep himself off screen cause he’s not good at it!” I mean… his actual words were much harsher . But oh wells. But. Just. Stop that, Eric. Don’t be that dumb dude. C’mon. It’s not like you, yourself were… I dunno… Gordon Solie or some shit. right?

I think… a big problem that started ALL OF THIS was…

If I’m not mistaken, EVERYTHING between Eric Bischoff and Tony Khan started. When CM Punk said something along the lines of, “This (All Out 2021) is a bigger impact than Hall, Nash, Hogan creating the nWo.” That was the inititial split between the two… uh… wrestling executives that had/have television rights with Turner stations. Tony then said he’s a better wrestling… something.. than Ted Turner ever was… and Bischoff went full nuclear Karen on him. Whatever.

Modern, CM Punk to be exact.

And. Shut up. This mother fucker was JUST #7… out of everyone ever… on my best wrestlers of all time tio 10. I love CM Punk. Motherfucker made me care about wrestling again and everything else. He;’s great. In the ring.

But watching that 20+ minute scrum again since the night that it happened just now? Nah. Fuck this guy. He’s toxic as hell. Pretty obviously.

The WORST part of the whole scrum up there? Is Tony Khan. His non reaction and like, “Thanks Phil,” and everything else. Just. Ooof.

Seriously. Just watch Tony Khan throughout all of this. It’s crazy.

Who knows? Merhaps I’m being too harsh on Phil Brooks. But. If it looks toxic, smells toxic, acts toxic…

Man. this all started so damn perfectly. Or. Almost perfectly anyways.

I’m not evedn on about.

Sandman was there. Playing the 911 role… killing shit that sucks. And SciFi got their science-fictionness. Didn’t hate any of that shit at all.

When RVD got busted?

That’s when everything went to shit. Sure. CM Punk debute in Hammerstien. Batista/Big Show was also awesome for all the wrong reasons on the same show.

All they HAD to do was be… WAY more faithful to the original EXCW. You know?

And shut up. Zombie. And everyone else. Sandman killing them. IS faithful to ECW,. Shut up, Dave Knows Wrestling. Or whatever.

What sucked is that RVD didn’t even get a smell of the ECW title after he got busted with sabu and stuffs. RVD shoulda done his time. Got the title back. Build to RVD/Punk. Or. If you wanna be Vince McMahon about it RVD/Lashley. Whatever. RVD,… HAD to be THE star. Busted or not. I don’t care.

For an honorable mention that, probably should be number one…

It’s TOTALLY fine if someone prefers WWE over AEW.

It’s also fine if someone prefers AEW over WWE.

HOW CAN THIS BE?!

I mean. I blame this more on how toxic the interconnection of us all has become. Like.

National News channels be hyping up the Georgia elections… Bruh… I live in Colorado. WHY THE FUCK WOULD i CARE ABOUT A GEORGIAN SENATOR?!

The most anticipated story in the history of the business.

But they reduced their biggest, credible, contracted threat…

To losing to Undertaker’s then wife.

Yes the loss and burial happened after Invasion. But still

nWWEo is an honorable mention. And could be first on this list too. So there.