Yeah… I kinda already ruiened the entirey of this blog already by spoiling it in Token Wrestling Rampling. And it totally isn’t what I wanted to right about right now. But still I said it would be my next wrestling blog. I started writing this around the time I had first created that list and stuffs. I only got to Randy Orton and… well… yeah. I would DEFINITELY alter it upon further recview. Either way. here we go.

So… here goes nothing, innit? 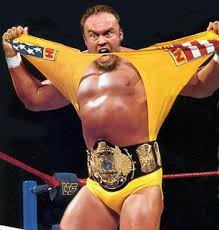 10. SNITSKY~!
This should explain the entirety of this whol blog right here and now. Who the hell else would incblude Gene SNITSKY~!, a relative agfter thought in the world of professional wrestling, in their list of top t10 vfavorite wrestlers?

When he first debuted in 2004(innit?) He had a pretty decent match with Kane in his first outing. This match set up wohat would vbe one of the best storylinges and gimmicks. Ever. SSNITASKY~! knocks Lita, Kane’s ” pregnantgirlfriend,” off the apron and terminates  the baby. The next couple of Weeks, SNITSKY~! cuts some great, old school promose and the phrase, “I t wasn’t my fault,” is born.

This guiltless gimmick of his continued for at least a year before he redebuted as a buald, pimply, monster with yellow teeth. Then he floundered. But… during the timehe was SNITSKY~!, the poetry reading (OK.. he only did that once), guiltless abortionist, SNITSKY~! was worth every minute you saw him on TV. 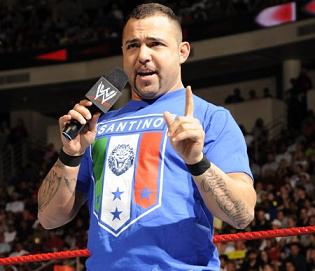 9. Santino Marella
Santino is one of theonly reasons to watch WWE Raw on Mondays andy more.

No matter what he’s doing on your screen, he gives you a good time. He’s worked a comedic gimmick pretty much since his debut. It didn’t take long for him to start it, anyways. When he started implementing a Boratish botched version of the English Language, things were on a role.

Is ihe a great in ring worker? No. But I mean.. there’s not a whole lot of people in WWE at the moment that are. He gets it done to make every one of his matches watchable. Whether if it’s that saluting headbutt that he does, or any other of the random spots he does on a regular bassis, the match works.

Either way, you know that when you hear his music play, you’ll be in for a treat. 8. Scott Hall
Subtract everything about his personal life that has kept Scott Hall from being the true star of wrestling that he deservedly should have been, and you have yourself quite the amazing talent. All he needed to do was be in the ring during an nWo promo, and you were always guaranteed a good time. And before WCW came around and he began to “slack,” if you wanna say that, he did some pretty amazing stuffs in WWF that no one can deny. And don’t get me wrong, he did some pretty damn good things in WCW as well. But of course, that is the time that everyone attritubetes as being heis downfall. This would include myself too.

I’m not sure what else to say about him. I pretty much covered everything I could think of. lol I kow it sounds like I’m selling him short. But I’m TOTALLY not. He was always a good time. No homo.

Oh and meeting his brother this one times was a pretty good time. That was seriously a good time. And this bit right here is just filler text to ensure that the formatting of this blog post doesn’t end up all retarded like a conversation with Dusty Shull.

7. Randy Orton
Other than Santino Marella, Randy Orton is usually the only thing worth watching on Raw anymore (save for CM Punk… but… this whole “nexus” bullshit is retarded entirely and completely).

For the longest time, I couldn’t get into Orton. At all.  His initial debut in 2002 was forgettable but he showed that he had… at least something worth watching. Then… he came over to WWE’s Raw brand and shortly thereafter, he started a normal thing for him, injuring his shoulder. Then came the random, overexposed RNN promos in which he would update us on the progress of his recovery.  It wasn’t long after that, he randomly became the youngest World Heavyweight Champion in WWF/E history. Don’t even get me started on how ABSOLUTELY retarded that shit was.

But… he started a feud with John Cena and “punted” Cena’s dad in the head. Ever since then, I’ve been a fan. He’s really uped his game and started becoming more and more entertaining. So… yeah. Good times? (How many times will I say that phrase throughout this blog?)

6. Shawn Michaels
Not much needs explaining her, I don’t thin,. Shjawn Michaels is truly an uncomparable talent. From his uncanny ability to connect with the fans in the 90’s to his true athleticism to his always giving his all each and ever time (it mattered, anyways) to… losing his smile. Shawn Mihchaaels has always been a forerunnier for ANYWONE’S “best wreslter of all time” list. With me… he’s only ranked at six for a couple of reasons.

Who he was in the 90’s sets him back A LOT. He was the ULTIMate douche. No question about it. Not in the sense that he made people boo him. But in the sense that he was a complete and utter jackass. That whole bit about the “losing his smile?” He was schuduled to lose to Bret Hart at WrestleMania 13, the same thing that Bret did for him the previous year. However, he chose to “lose his smile,” and “retired” for… five months, giving up one of the worst WrestleManias in history. Save for last years and probably this year’s as well. Overall, the d00d had WAY too many issues.

Thusly… fuck him, innit? Or seomthing.

5. Chris Benoit.
Possibly, the most controversial d00d on this list… next to SNITSKY~!, it’s CHRIS BENOIT~! Setting aside EVERYTHING the d00d did in his last days, this guy was flawless with EVERYTHING he did in the ring. Seriously. Here’s a bit of a comparison. If Einstein had killed his family, would he be held in the same regard in the scientific community? It’s debatable, sure. But… in my eyes. No. He wouldn’t. The same could be said of Benoit.

Yes. What he did was HORRIBLE. yes. It is absolutely repulsive. But… if you look at the talent and everything else he showed each and EVERY time he stepped into a wrestling ring, you can NOT deny his credibility. In my view, the d00d had one bad day. One horrible, disguting, repulsive bad day. But that shouldn’t discredit his accomplishments.

From his bit in the Four Horsemen, to his slight rise upon jumping to the WWF, to his eventual rise to the top, and to his eventual downfall. Benoit was a wrestler like NONE other. ASnd I’ll say it again.. in my opionion, he should NEVER be discredited by the profession trhat he gave his EVERYTHING fgor.

4. Kurt Angle
Alright, upon learning tht Angle had bmaed the jump from WWE to TNA, I found it hilarious at the time. But this isn’t enough to discredit the d00d entirely. yeas. He’s had some drug and ore prsonal problems in the bast. But that still is nothering to discredit the d00d. He is amazing. he’s close to being the best all0-rounder to have ever competed in the business.

FFS. He’s the ONLY olimpyc gold medalist to EVER step foot in a professional wrestling sring. And on top of all that, he’s on of the better mic workers ever as well. From the three I’ds that got him his initial notoriety to everything be “damn real” (thanks tocopywrites) Angle is just about ALWAYS pure amazingness. Hell… the three way match from this past weeks’ TNA Impact with him, Anderon and RVD was damn good. A large part was due soley to his involvment.

Nothing could EVER discredit te d00d. EVER.

3. Chris Jericho
Jericho is THE best all-rounder in the business. he’s got an enorous amount of wrestling talent, he’s one of the best on the mic ever. And he handles himself pretty well as a person.

My first glimpse of him, like many others, came from WCW,  where he was Cruiserweight and TV Champion. And… like most others, I didn’t care about him until he began the “crybaby,” “conspiracy theorist” gimmick. Adfter he had probed time and time again of his abilities in the ring alone, He was finally able to show what he could do on the mic. And he flourished. Entirely and complete.luy.

Finally, he came to WWF where he debuted in an AMAZING back and forth on the mic with The Rock.  And eventually, he became recognized for the talent that he trutly is.

2. Sting
Easily put, Sting was my Hulk Hogan. he was the super hero that got me to fall in love with the business.  When I saw him single handedly take out the maching that was the nWo, I couldn’t get enough of it. The Sting/nWo angle was the BE ALL END ALL of all professional wrestling storylines. Period. Notheing will EVER change my mind on this. It was perfect. Up until Hogan politic-ed his way to fucking thhe whole thing up to the point of irrelevance.

Sting is great. Is he the technical specimen that schools everyone he’s ever been in the ring with? No. Absolutlye not. But he has had some of the better matches in history.  From his bouts with Ric Flair, to the awesomeness that was the falls count anywhere match with Cactus Jack, Sting is a good time. Period.

Even with his last heel run in TNA (no, not the MEM, dumb asses)  his character never changed. It was totally and completely awesome.

I love me some Stings!

1. Bret “The Hitman” Hart.
Not much else needs saying here. Bret Hart is the best there is, the best there was, and the best there ever will be. Nothing can take that away from him. The d00d had in-ring psychology unparrelel to anyone else. ASnd he could carry ANYONE to a watchable, if not AMAZING match.

Yeah. I’m serious. I have no idea what else to say here. And since I’m pretty much sober at this point. I might as well just fill this with any bit of filler I can think of. Who are you to doubt El Dandy? I’M BRET FUCKIN’ HART, BITCH! THAT’S DWHO!  Or something. What do you call a Bret Hart that doesn’t still believe that wrestling is real? An Owen Hart. OH SNAP~!. Too snoon. I know. 🙁 Umm… I don’t know.

Bret “The Hitman” Hart will always be the best. There’s nothing else that could change my mind on this. Ever. The end. Done. OK?