I’VE NEVER DONE THIS BEFORE. A “retroactive edit” or whatever. But. I got something, TOTALLY wrong in this rambling. I clarified it here: The Last. The Last of Us. Words. Written. For Now.

Fiorstly… spoilers happen. So…. read if you wanna, right?

Let’s do this first.

The Last of Us Part II.

MASTERPIECE OF ARTISTIC GAMING~! EVER~! Like… you know… IGN or Kotaku or any other “paid ‘ reviewers would have you believe. It’s not. If anything, it ACTIVELY tries to be, against the sentiments of “storytelling” or “inclusiveness” that they (Naughty Dog, Neil Druckman, etc) tried to protray.

RANDOM SIDENOTE: Bro. Legit. I wana know. What it’s like to be Dusty Shull at this moment. Lefgit. I BARELY call anyone out by name anymore. But forreals. I wanna know. What does Dusty, “Donald Trump is PROVEN a pedophile and progressivism is perfect! PLUS! No matter what X-Box does, they’re the best console ever… so much so that THe Last of Us ISN’T a video game, it’s a movie!” Shull thinks. Like. Does he LOVE the game? Because it’s, apparently, so progessive and awesome? Or… does he hate it because. Yolu know. It’s a sony exclusive. Like he did with the first installment of this franchise.?

Whatever the case may be.

The Last of Us Part OO is FAR from a perfect game. And it’s NO WHERE NEAR “absolutye trash” that the propgressive term, “gamers,” have described it.

It’s not even a “6” as one of my most favorite gaming journalsity described it.

To hell with it. Let’s het it oput of the way.

Abby. Exists. She’s an, obviously, M2F transgendered woman. Even though this is not EXPLICITLY said. Laura Bailey plays this character (she also played Catwoman in the Batman Tell Tale Games…. whic is instresting). So… Let’s hold our breaths for the revolt that comes whern woke assholes complain that “Abby” wasn’t portrayed by an actual m2f female. You know.l The typical, progressive blow up thyat;s bound to happen. Uh…

Abby and a few others from “St. Mary’s Hospital” in Salt Lake City (you know, where Joel “rescued” Ellie) head on over to Seatalle and join the Washington Liberation Front. Or. WLF. Or “CHAZ,” basically (har har).

Aby kills Joel whilst her crew of friens forces Ellie to watch.

So. Gameplay, eventually resurmes. You go on your merry way of trying to get justice for Joel. You klnow. Paying as Ellie. Obviously.

And I mean. You go out of your way, kinda, to kill a FUCK TON of these “WLF” or “CHAZ” or whatever they call themselves. Peoples.

You’re hit in the face with playing as Abby for half of the game! Not only that. But. Guess what? All of the “cool,” “video game-y” encounters type of thingts? YEAH DUDE!  You play as Abby during ALL of those!

Did you want to play an AWESOME “boss” fight (Jesus Christ, I hate that term, ‘boss fight.’) in The Last of Us Part II? Guess what! You’ve gotta play that awesome moment as Abyy! And. I mean. Literall7. THE awesome moments like a “boss fight” type of thing happen ONLY whils playing as Abby. You know. Not the character you GIVE A SHIT about. No. Abby. Or else. The end.

Because dude. There’s WAY TOO GOD DAMN MUCH to love about this game’s story.

Yes. They use pregnancy as a tool WAY more than its needed. Yet. At the same time… it’s kinda needed. Yes. The Seraphites are basically, loosely based on Christianity. And you know. They’re the defacto CUH-RAZY~!@ CHSITIANS~! Because. You know. That story hasn’t been told befor.e (Legit thoug, Naughty Dog, seruioyskym dies a good job of distinguishing Seraphintes from Christias but that doesn’t matter much {And forreals, I’m not one to DEFEND~! CHRISTIANTITY~! or whatever but Jesus Christ am I sick of the sotryh of CUH-RAZY~! CHRISTIANS~!@}).

Dude. Throughout the ending of the gtame. Even when I was playing as Ellie during the later portions of things. I was like, “Jesus Christ, for the love og anty thing holy, don’t let Ellie die now!” During cutscenes. And whatever, blah.

(Which, I mean, I’m so untalented that I can’t do a review of this properly by either writing about it or doing a podcast about it~! buh-dun-tsh~!)

The Last of Us Part II isn’t a masterpiece. As IGN and Kotaku and… every “MAJOR” reviewer. Ever. Would have you believe.

It’s not THE MOST WOKEY PIECE OF SHIT EVER! Likwe many-a gamers that ONLY saw the leaked spoilers would have you believe.

There’s WAY too much awesomeness to experience in The Last of Us Part II to discredit it.

If you’re such a big enough asshole to be likem, “Bruh, ‘MY’ Ellie was never a lesbian?! Why’s she a lesbian into Dina now?! CAUSE WOKE! DUH?! BRO!”

Damn it dude. I should’ve AND needed to write this rambling better. I suck. I’m sorry. I’m heading to 1890 soon enough.

Dude. The gameplay of The Last of Us Part II isa fun as all hell. It improves on the mechanics of the first game and, practically, makes the first game unpla7yable. Thats how awesome of a job Naughty Dog did. Legit. I(n my experience. The gameplay? To me? Is fun. And fantastic.

The story? Leaves WAY too much to be desired. Obviously. Hell. Not only desired. But like. NEEDING. Or something. Right? By the end ofg everything. P;aying as Abby. Things. WLF is invading the Seraphites village. Stuffs. Things. Words. I couldn’t give a shit anymore. I just ran through that whole battlefield. Watching the ctuscenes. Of course. But just. Being like, “Fuck this, OK, Lev, your name was once ‘Lilly,’ and YOU’RE my people, and uh fuck everything let’s get back to the aquariam where Ellie killed even more of my friends!”

Transgender “preachiness” things. REALLY played no affect on me. What had an affect on me is that I’m playing as this character that killed a character that I LOVED. And yet. I’m supposed to care about her. IF I DON’T… then.. I’M OBBVIOUSLY A TRANSPHOBIC ASSHOLE~! OBVIOUSLY~!

NOT. Because she killed Joel.

NOT. Because sh’es M2F trans (even if it’s never directly admitted)

NOT. Because you have to play as her to attempt to kill Ellie, you now, the character we ACTUALLY give a shit about (although, out of the above, this is her worst “crim”)

Bugt because due. She killed Joell. Then we’re. Automatically su0pposed to sympathize with her. Because. We’re forced to play as her. And her “story arch” is like, “lolz dude, you killed my friends {even though, you know, in the timeline and the grand scheme of things, she’s killing WLF peoples the whole time… then… she just… randomly… decides that Lev, who’s a F2M trans boy, is “HER PEOPLE…” Yet… she’s pissed that Ellie killed so many WLF friends?} I dunno.

Fuck. Abby. Not because she killed Joel.

And I, as a lesbian, was forced to watch her pecs be portrayed as “sexy” and considered “nudity” during a dumb ass sex scene.

Its story, (if you loved the story from the first game, your immediately going to be disappointed but you’ll LOVE the heart and soul of the soty’s cutscenes and such that you come across) is pretty terrible. Not because lebians exist. Not because transgendered people exist. But because. NHiel Druckman and whoever else was responsible for the story felt like “playing a game as the antagonist and hopefully developing a story to make you care about her enought to become a protagonist..” was (legit) a good idea.

THen Neil and co. Decided to throw a bunch of woke nonsense. On top of a zombie apocalypse. JUST CAUSE~!

All of this naes tge game boring. So much so that it’s DAMN near unplayable.

THE gameplay. You know. The thing you do throughout 80% of the game is far better tgab wgat you experience in tghe first game.

Then. After everything. Aftert alll the playing as Abby. Bullshit. Things.

You’re, eventually. Finally. Rewarded with this piece of brilliance.

If you don’t want THE spoiler that matters.

Cause. I mean. I kinda, sorta guessed the spoilers that pissed everyone off.

But this is legit. Brilliance. Spoiled. At your own risk.

That made me well up with tears. And brought upon the Twitter and Facebook statuses akin to, “Dude, I need a couple days to process all of this, etc. etc.”

The Last of Us Part II is a good game. It’s WELL worth playing. If you felt the connection to Joel and Ellie in the first game, it’s worth the boring parts to EXPERIENCE the story.

I’m your humble drunkard from afar.

And if you’re such an XBOX fanboy that you’re like, “PSH! The Last of Us? That’s a movie! Not a video game!” 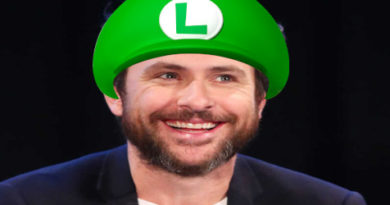