I remember watching the first eight minutes (or so) in complete and utter wonderment. Joshua Stroud could probably back me up here. My job… those peoples… they threw a Christmas party for us. And among all the other shit that happened that night. The evening was capped off with a first-hand experience to (yet another shitty) Will Smith movie.

But to me… We were given first-hand access to the EXTREMELY limited experience that was The Dark Knight’s “Prologue.”

In today’s day and age. It means AB-SO-LUTELY nothing. But to me?

I remember walking into that movie theater that cold, December night. The first thing I did? I walked towards the concessions stand. The usual station that I would work. Yes. I am THAT pathetic. I mingled with those unfortunate enough to be working that night. And I grabbed as MANY of the “Gotham Times” newspapers that I could get away with (I had worked earlier that day. I returned… and the papers were EVERY where… and I HAD to grab me some of those).

And among a BUNCGH of other shit.

One thing that I remember THE MOST?

Is the picture as seen on the left.

As if it were high school…

As history would have it…

Just behind and to the left of that picture… you have the MAIN ingredient that would… ARGUABLY fuck my life up. Or… at least… in my mind. And.. given my current, modern, “life.”

Yes. At the end of the day. “Mr. White.” is a fucking cunt. He is the “Chainsaw Charlie,” of our, local, you know… Cinemark industry. Or something. Fuck him. Up the fucking ass. With a broom. A broom that had been weathered enough to be insuficient to sweep not only behind the counter. But in the back as well.

But… either way… his cuntiness can NOT take this moment away from me.

Hell… I remember (FAIRLY) shortly afterwards. I posted that exact same picture on MySpace… saying… “Just moments before the greatest sevem minutes of my life.” Without given a second thought towards “Senor Blanco’s” cuntiness.

Just a couple of minutes (OK… it was probably more like 30 minutes… given bullshit that happened before the film was started) after this picture was taken… I watched the “prologue” to The Dark Knight.

I fucking laughed. I fucking applauded. I fucking CHEERED a GOD DAMN movie trail;er. Unlike anything I’ve EVER experienced before in my life. Shit. I’d get hyper. Or something. And I’d ALWAYS cheer the trailer for Ice Age 2. My sister could testify to this. Whenever I’d see the opening, with the Squirrel.. or… wohatever that fucking this… it was a close up of its face. As soon as I’d say that… I’d cheer.

The colmination… in this, particular, Dark Knight “trailer” came to me once I saw that the “grenade” inserted into the “bank guy’s” mouth was a smoke bomb. I knew that this movie would be special. This would be THE fucking movie.

Hell… I had my doubts for Heath Ledger playing the Joker  when I had first heard of the casting. Immediately after hearing of this… my sister and I went on a random drive (something we would CONSTANTLY do at the time), and I mentiomned to her that Heath Ledger would be taking the role and such. ANd she said, “Makese sense. He has that AMAZAING smile.” Some along those lines. Like… EXTREMELY close to those lines. And… well… I knew something special was on its way after that.

I KNEW this movie would be amazing. It WOULD be something special. Somewhat shortly after. I watched the movie “Thank You For Smoking.” Amd evem shortly after that…. I learned that Aaron Eckhart would be playing Harvey Dent. And…

This bit that was FOR SURE to be a hit… I KNEW it would be amazing.

Then… you go back to that night. The time I watched the “prologue.”

And… you’ve got LOTS. FUCKING… LOTS.

Remove a few months after that December night. When “my crush” admitted to me she’d like to see “The Dark Knight,” because “it was the only original movie these days,” (something like that, anways). Shit like that

MANY months after this.

At the BEGINNING of my ULTIMATE patheticness.

And you’ve got the premiere of The Dark Knight. 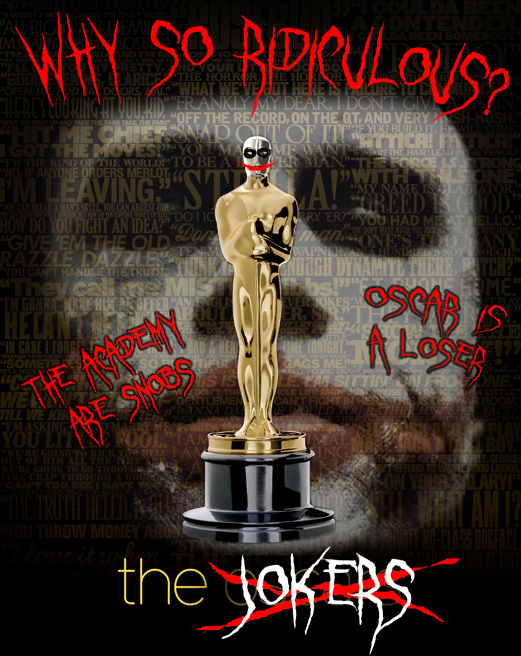 And for the first time. I saw those first six-to-eight minutes. And you know what happened? Afterwards… the movie continued.  And I begin to see the plot. And I see where “THIS” Joker character is going.

And… as soon as Joker is starting to set fire to the mob’s/his money… the film kills itself.

But… I keep watching. And the movie is amazing.

It’s fucking beautiful. It’s the ONLY super hero/movie-based-on-comic-books to win a MAJOR Academy Award.  Sure. It’s an awards that was supposed to like… “congradulate” Ledger’s career. But given that. If that drug addict had survived… I’m 10,000% positive he would have won the Oscar anwyays.

Cause… forreals….. WHAT could have touched his acting skills? WHO’S performance OUTSHINED his? WHOSE?!

At trhe end of the day… that was MY “Dark Knight” experioence.”

I saw this movie come from the comic fans’  ultimate wet dream… and be capped on the mainstream’s ULTIMATE prize. And… as a Batman fan…. I’m for either or.

And… I wouldn’t have it ANY other way.