…or, phonebooth as the case may be. Right?

This has been something I’ve wanted to say sinec 2013. Yeah. that’s wright. two years after I started this thing that would become RyansDrunk.com. I’ve kinda wanted to say this the whole time.

Dude. I’ve tried my utmost. But I van’t find the rambling that’s available in The Drunken Diaries. Vol I. As it were. But I can’t find it now.

Where I list… basically… my top 10 comic book villains and heroes all combined in some soret of top 10 rambling. Or something.

I know that rambling ecsists. But I can’t find it. cause. Whatever.

But basically. I wrotge that rambling in like 2012. Or something. Then. I saw. Man of Steel> And. Dude.

I’ve been hiding my truth for lon enough. In that rambling I can’t find, I claimed (to my shame) that Superman was my #4 (AT MOST) favorite super hero.

But udes. I’m coming out of the closet.

And I’ve got to live my truth.

Superman is. Legit. My favorite super hero besides Batman. That’s right. I like Superman MORE than Spider-man, even. I. Truly. Genuinely. LOVE Superman. As far as superheroes are concerned. I know. I know. I know. This may clme as a HUGE shock to you. But. I’m sorry. I can’t hide my truth any longer.

I’ve said, time ann time again. Superman was humanized beyond belief in Man of Steel. So much so, that it’s a big contibuting factor for my outing now. Superman is the human being we ALL strive to be. Batman. Spiderp-Man. Flah. Hulk. Iron Man. Thor. Fucking. Black Panther. Dr. Strange. Goku’s umb ass. THROW AT ME WHATEVER SUPER HERO-Y PERSON YOU WANT. Their faults? They aren’t Superman. Who is. You know.

Which means. FUCK YOU, WOMEN! I HOPE YOU DIE CAUSE I LOVE MYSELF SOME SEXISM! Cause. You know. I said. “Superman is perfecrt.” And. Something about. Like. “Women can’t be perfect?” Cause. that’s what I said? No dude. Superman. Is… well… a man. i mean. I don’t want to assume bis gender. But I’m ALMOST positive that Superman’s preferred pronouns are he/him/his and all that. I’m sorry I’m using gendered language. And stuffs. Point of personal privlege and such.

Dude. I liked S:TAS. As a kid. I loved it more when I watched the reruns on Disney’s XD channel thing. OR… wherever I watched the reruns like.. six years ago. Either way… Superman: The Animated Series was pretty god damn awesome. Right? Eventually. THat leads to You know. Watching the Christopher Reeve Superman movies. The ones I could stand. Right? Which… I mean… those were just the first two movies. And stuffs.

I don’t know. Merhaps it was around the times before Man of Steel (shit.. this video was, OBVIOUSLY released prior to MoS and such but… there’s this bit of awesomenesss… because… Max Landis is an AWESOME story teller)…

I mean. This just lays the groundworks for one of the best stories ever told. Right?

On the surface? Superman is the most unrelatable superheroes… shit… not just suprerhoes. But… characters, right? Ever. He’s so perfect. He’s so overpowered. He’s such a boy scout. There’s no reason. Ever. where he could be relevant to anyone. Ever. Right?

Forreals guys. THink this out logically. Superman the “OP boring piece of dumbness.” If something could actually DESTROY him… would that “something” be cool anymore? REALLY? That’d only make that “something” MOR OP and boring than the… apparent most boring thing ever. Right?

If you can’t relate… or find ANY sort of humanity in this story telling of Superman? You’re either lying or you’re being a biased asshole.

Fucking. Kingdom Come. Or shit. Even the Luthor graphic novel. Shit. The Mn of Steel story arc (you know, the one after the first “Crisis.”) Dude. Superman can be and has been humanized beyond belief. And yet. Collectively, myself included, everyone’s been like, “Dude, superman is so OP, unrelatable and boring GTFO.”

When. Again. Watch those clips from Man of Steel. Tell me there’s NO part of you tht can relate.

Legit? I walked into the movie. IN w2013. Not being that big of a Superman fan. I HAD all of those thoughts. “Superman’s not relatable. He’s too OP.” Whatever. Then I saw those scenes. And. Legit tears happened. This is. Again. 2013. And I was no where near the, apparent, emotional wreck that I am today. You know the wreck that makes me cry whenever I watch anything. Evver. And stuffs. But. Whatever. Man of Steel humanized Superman unlike anyy movie about him has done. Ever. Period.

But OH NOZ`! Zack Snyder made him break some necks.

Buildings were destroyed to death in Man of Steel!

Ugh, The world is so fucking dumb.

Like. The only thing that’s going to save this world is Superman.

When you think on it.

One can only hope. 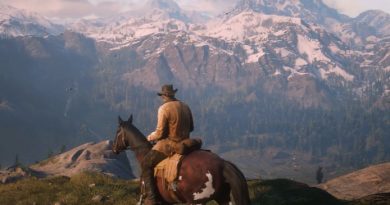 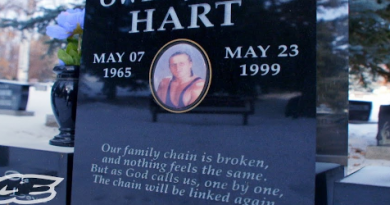