Just before summer, year of our lord, 2019, I kinda decleared that “Netclix” began. Netclix, being the word my soon to be five-year-old nephew uses to describe the major streaming service of the day. And. By “begin,” I meant, “I’d begin to use the word, ‘Netclix,” in place of the streaming platform. Right?

And. I mean. As soon as that happened. It’s become pretty god damned apparent that Netclix is… pretty much going to end. Right?

I mean. Disney is pulling all of its content from the service. NBC is remobiing the major sucxesses that have happened on Netclix. You know. Friends (for some reason0) and The Office (basically, the only sitcom that’s ever been worth a shit). You know. Essentially, the two biggest “most watched” television series that Netclix has had to offer. THey’re both going bye-bye. Right?

The Marvel-Netclix-verse is long gone now. Which. I mean. Daredevil with all of its awesomeness. Decided to make Kingpin a defacto Donald Trump character. So. Yeah. I’ll never watch season three. THANKS CREATIVITY!

Netclix has already decided to end most of its major suxcessful original series. House of Cards died FAR before Kevin Spacey even had nightmares about being “me too’d.” It was decided last year that Orange is the New Blaxk would have its final season releasing this past summer. About a month or so ago. THey announced that GLOW would produce its final season next year. And. THen.

The mother of it all happened about a week ago.

BoJack Horseman. LEGITIMATELY. One of the MOST well-written shows on television (EVEN with all of its progressive bullshit), is having its final season. I mean. At LEAST they’re prolonging it. So. HOORAY! (Do you get it, do you get the joke? Hooray is an ironic catch phrase from the show. Do you get it? I was being sarcastic when I said, “HOORAY!” Just like it’s said in the show. Do you get it?)

The World War III. Which is. You know. The Great Streaming Wars of the 2020’s… the first casaulty has already happened. It’s Netclix. Netclix has killed itself. YAY! Stranger Things! I guess. But. Legit. That’s all the platform has going for it. Or.

Netclix is going to FURTHER prove the Steven Avery was ACTUALLY the murderer of… what’s her name. That one time. NETCLIX is going to expose ALL OF THE ACCTUAL EVIDENCE THAT PROVES STEVEN COMMITTED THE MURDER. In their NEW  series. Making Making a Murderer. Boom.

Whoever gets the right to ALL of 90’s Nickelodeon shows? They’re going to hav a GIGANTIC advantage. I mean. I know that Hulu has Doug currently. But. I mean. Irf you get ALL OF 90’S Nick on ONE platform? You’re GOING to have a leg-up on the millenials. You know the market that’s VERY pro-streaming service. And in the spending market. Like I am. In theory. LOLz.

But yeah. Dude. At this point. Netclix doesn’t even have SONY to fall back on. Venom should’ve been on there and stuffs. Right. Merhaps. Venom is a product of Starz? I dunno.

They’ve got nothing. Outside of Making a Murderer and Stranger Things. They’re going to die.

Hulu, HBO/WB/DC the parent combany of all of those things is, eventually, going to be like, “Waitaminut. Why am I inflating the market? Lolz I believe in socialism and stuffs. So. I’ll just make it one big collective.” ANd merge the platforms. BEcause. I mean. THat’s only common sense. It’s gonna happen. Eventuially.

Disney’s going to be like. “Alright, Hulu. I basically own you, already. So. Gimme all that shit. And hey, you’ve got contracts with like Viacom? And Comedy Central? and Fox? An other places? guess what? I own them all too! Boom!” And Jae will still praise Disney whilst also being a Bernie supporter.

As shitty and left-leaning as South Park has become over the years. This is one of the best moments in television history. Period.

It’s Always Sunny in Philadelphia was removed form their platform. And. I’ve never regained confidence in them since.

Without the backing from NBC and Disney? Yeah dude.

Netclix becomes MySpace. This time in 2021. Mark my words. 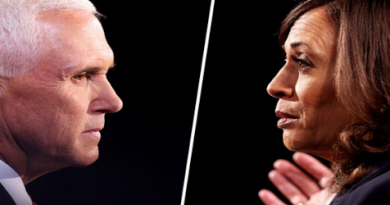