I know this is a very delicate and sensitive topic to discuss, especcially with everything that’s going on. But damn it. This is something that’s been on my mind for YEARS. if not DECADES.

And look, gaming community, we’ve got to grow a pair and admit a couple of things. Alright?

ESPECIALLY after some recent events (and by, “recent events,” I mean… well… I’ll explain).

We’ve got to discuss this problem about non-local co-ops. Dude. It was semi-recently (as in, nearly a year ago, apparently) announced tat, for the first time (pretty sure, ever, in the series) you can customize your character in Far Cry 5. This is due to the fact that you can play co-op somg;e player story missions. Online.

Playing this. All by my lonesome. As a 10-11 year-old whipper snapper. And I had the thought in my head…

Dide, owuldn’t it be coold if I was actually playing againcest someone in China right now?

One, two, skip a console generation or two. And afgterwards Online gaming’s become THE thing. You know? Like. If you WANT to play multiplayer. The ONLY option you’ve got is to do it online.

With “someone ni China right now.”

There’s VERY few games out therte. Outside of Lego/fighting/sports/WWE/etc. that allow you to play with someone you’re actually having a fave-to-face (wanted to batman-ramble, but I won’t) inter-personal relationship with. Right? Hell, has CoD even allowed local multiplayer post-MW3? I honestly don’t know. I’m sure, given THAT specific time persiond, sure. But like, in the past couple of years? Is there such a thing as a local, multiplayer FPS? I don’t know. And I don’t care to look it up at the moment.

And sure. I get it. Sure. If EVERYTHING in, say, Far Cry 5 could be LOCAL co-op there’s that damned situation about… how to present it?!~!@ Right? Like., How could that POSSIBLY?! be done. And such. You knpow? Like. Effectively. How. In the LIVING CUNT. Could you POSSIBLY be playing a modern, PC/consule game, with someone sitting next to you?! Right?

How could that other person POSSIBLY share the same experience you are with a split screen?!

You see. This is why we’re having this TOUGH conversation, gaming community.

And I mean. Split screen’s been a thing in the gaming community. Since… I mean… I could be wrong. But I’m pretty positive it started with Super Mario Kart. On the SNES. Right? You know.

dLook man. Gaming community, all’s I’m saying is… weneed to havbe this tough conversation. In which, I’m not sure how tough it is in reality.

Local co-op NEEDS to become a MAJOT focal point in fgamnig. Forreals. Quit trying to “evolve” because “that’s ALL that gamers want.” Andf keep SOME shit the same, right?

Hell. I,. obviouslt have no idea on the answer to this. And I’m ot about to look it up because I’m coming to the conclusion of this rambling.  But. Is Rocket League, one of the biggest multi-platform multiplayers recently… is that even abailable to play locally?

Then I found the previous artivel I shared, written around a year ago. And they described that local co-op is not an option. Bewcause. Of course it isn;t.

There’s no reason for this nonsense to persist. At all. Quit the nonsense. Let’s just use. Commone sense gaming reform and make grames great again?

There’s NO reason. WHAT SO FUCKING EVBER. That a game such as Far Cry 5 can’t allow local co-ops ESPECIALLY if they’re including online co-ops.

Let’s march on Washington for our player ups. And such. 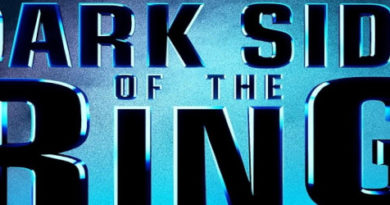 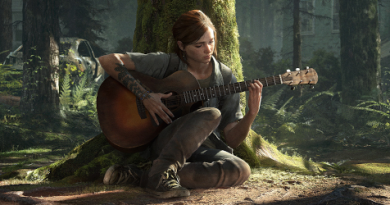