I mean. We really are. Right? No matter which side of the aisle you’re on. You are one of the worst people so far. Both sides of the political aisle? We’re both spreading fake news like there’s no tomorrow. Because. Citizine journalism doesn’t exist… even thgh we have the fucking Library of Congress at our fucking fingertips with our smart phones.

We’re allowing a government to indiscriminatele spy on us. All in the name of “safety.’ All the while, allowing the spying to be even more easily accessable in the name of “convenience” and “cool shit.” I mean. That’s pretty much it. Dudde.

We’re expecting our college students to NEVER hear an opposing oppinion. Like. If they everfeel uncomfortable or offended. We’re all just supposed to cater to their safe spaces. And bullshit.

Even outside of all of that shit.

1. I’m REALLY pissed off at the gaming community these days. Because it is one of the biggest peices of shit whiners in the history of the world.
2. The title of this rambling, itself comes from a part of a lecture from Louis C.K. — the greatest philosopher who ever lived — whom, before saying the title of this rambling also called us:

The shittist generation of piece fo shit assholes that ever fuckin’ lived. I swear to God.

So, Like. Here’s the lecture from humanity’s greatest philosopher:

So. Here. I’ll try to make this as brief as humanly possible.

Pme of the best, and most fun, video games I’ve ever played (forreals), was released a couple of weeks ago. Yet. The gaming community took a shit all over the game. For… some reason.

The gaming community is a bunch of dumb ass whiners.

Like. I promise. I don’t want to get TOO deep into this discussion. Especially considering that I’m about to do the “official” review, thing, whatever in a couple of days. It’s just. ugh. man. Between the gaming community and like social media politics… we humans, are just the worst thing. Ever.

From The bullshit “OMG~! FACIAL ANIMATIONS ARE GROSS~!” or whatever that argument was. Tp the “#MakeJaalBi” movement. Fucking. The bottom like is. Mass Effect: Andromeda is FUN. It’s all of the story devlopement you’d expect from a Mass Effect game. PLUS the combat is phenomenal. Like… some of the BEST combat I’ve EVER played in a game. Forreals dude.

YOU’RE FUCKING PLAYING A VIDEO GAME IN HIGH DEFINITION THAT HAS COMBAT BEYOND ANYTHING ANYONE HAD IMAGINED SINCE LIK 2000 WITH THE FORST HALO GAME. Jesus Christ.

“Fucking (phone) sucks.” As Louis so elegantly put it.

And… then… there’s the reason that matters.

We’re all Constitutionally allowed to be stupid. Hell. More than likely. I’m stupid. But like. Fuck man. Forreals. Can we not at least try to better ourselves? Or something? Can we not just except memese on Facebook as fact? Can we not be intellectually honest, genuine creatures, American citizens that GENUINELY give a shit about the AMAZINGNESS that we LITTERALLY are in the “1%” of the world.

The POORESAT person in America is bettter off than 99% of the ENTIRE WORLD. Period.

CAn we NOT akknowledge that fact? Can we NOT try to find, through history and oter mediums what MADE our citizenry as “awesome” as we are?

We’re the worst people, so far. 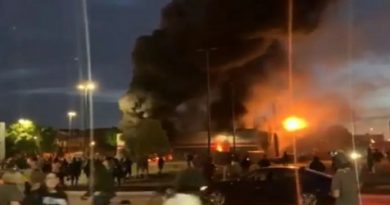