The bit of foreplay.

This is the fastest I’ve ever done a “Rapid Fire Review.’ You know. Since the last one was written and stuffs. Hell. There was a point in which I sdidn’t do a “rsapd fire review” for almsot EXACTLY tywo years.

The point is. This is the quicketszt “Turn around” I’ve had in doing a rambling like this. And. Like. I’m… rapidly reviewing more things in this rambling than any other that I’ve done in the past. And. Like. You know. This is going to be the “LONGEST~!” bit of “Rapid Fire Review.” Ever. Pretty much. So. Beare with me.

Sure. North Korea’s about to start WW))). Sure. The media…. and ALL of politics has gone batshit insane. But. Fuck it. I want to review a couple of things. Tjat I’ve viewed, pl;ayed, whatever. Let’s do it. Righrt?

Let’s start with the thing I care the least about. 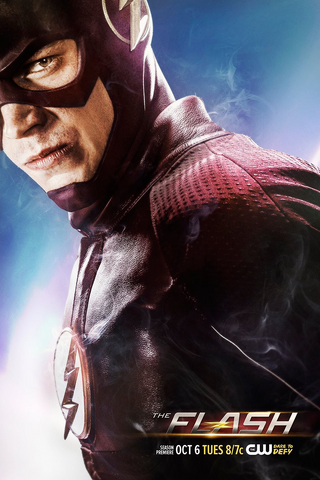 First and foremost. I’ve only “watched” season one.

And I mean. It’s… You know. OK. It’s not the worst thing I’ve ever watched ewith my ewyeballs.

I mean. The soap opera-y bullshit wirth Iris is pretty lame. Like. Entirtely. Even the, “OH NOEZ~! SUCH ASADDNESS~!” Moments are like… you know. Kill youself worhty lame.

But. Truly. There’s some awesomeness to be had here. ESPECIALLY the whole “Firestorm” thing. Everything that involves Firestorm. That. You know. Doesn’t have to do with Kaiutlin or whatever. ERverything about that character’s cool.

Mark Hamil is also awesome. Obviously. You know. His bit as the Prankster. And stuffs.

But forreals. GTFO with  this Irsis bullshit. It’s dumb. 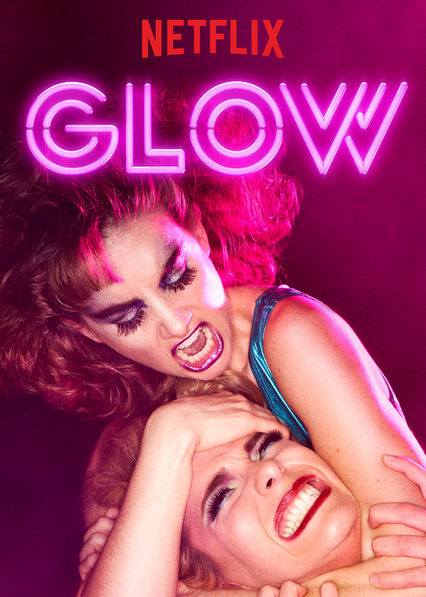 I happen to be, somewhat of a fan of this thing called “[professional wrestling.” I know. I know. I know. That takes me down a peg as far as, “BRILLIANCE~!” is concerned or 3whatever. But like. Man.

I had no idea that this series was about to be released on Netflix. At all. Then. You know. It happened. And I mean. It took me a while. And I was like, “Nah, why bother with this shit?” ANd stuffs.

As a wrestloing fan, I, still am not a fan of women’s wrestling. Despite the, you know, apparent efforts of Charolette. Shasah Banmks. Bekcy Lyncgh. Bayley. Alexa Bliss. Whatever. I… just… don’t care, man. I mean. I couldn’t be assed with this passed year’s wrestleMania for cunt’s ssake.

My passion. For wrtestling. Is gone at the moment. Although. Lucha Underground has sparked it up quite a bit again.

I’m rambling about wrestling moreso than I need to.

If you HATE wrestling. “FEMALE WRESTLING~!” Whatever. You can stillLOVE Glow.

Hell man., I CAN’T believe I that I lobed this show as much as I did. Fortreals.

This Netflix show. Is till FUCKING AWESOME. For me? Marc Maron’s performance was A AMAXING. That’s what sold me whilst watching the show. Don’t get me wrong. THe actresses involved… Like “Awesome Kong.” We AMAZINFG. Prettuy much. EVERYONE involved in this show did an absolute fantastic job. even though. I’m not naming actual actress’s names. Because. Lazi. OH NOEZ~! THJE PATRIACHARY~!

Although this show is, obviously, not a DIRECT~! like BIOGRAPHY~! of the former women’s wrestling organization. It’s. Amazing. EVERYBODY involved did a FANTASIC job. Period. The end. Watch it. Pay me. Netlix! 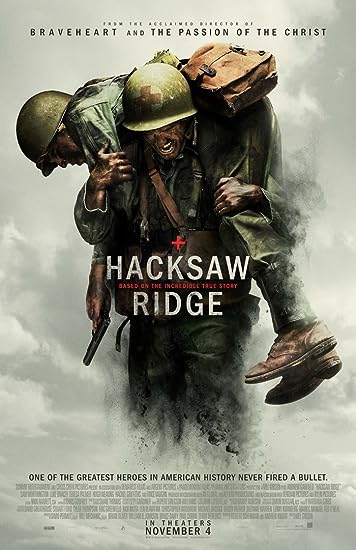 I absolutely HATED the… Mazing Spiderman series of films. Right. I mean. It wasn’t SOLEY due to Andrew Garfield’s involvment perse. But like. This whole idea that wer’ve got to make Spider-man HIGH SCHOOL-YER~! And then… Peter Parker becomes some popular skater cunt.

Besides Hacksaw Ridge the 9only other bit of Garfieldness I’ve known of was The social Network. Andl. I mean. He was fine in that role. He was fine as Spider-man too. Just. Fuck. Blah.

Hacksaw Ridge was. Without a shadow of doubt. An amazing film. It TRULY was just as moving as, say, Saving Private Ryan — Or. Even. Schindler’s List. As far as DEPICTING REALNESS is concered. Yes. There’s the ONE moment that’s kinda like, “OK, you’re getting ridiculous.”

There’s the argument that you can have that’s like. “jesus Christ. This Christianity thing is getting out of hand!~!” Or something. You can have the stupid, lame Orange is the New Black argument thjat Christians are being pertsecuted. Whatrever.

The story of Desmond Doss. As depicted in Hacksaw Ridge. Is. Legitimately awesome. Period. The end. GTFO.

The movie itself? I mean. It’s basically a Nicholas Sparks story throughout the first and second act. But it’s still great. Forreals. 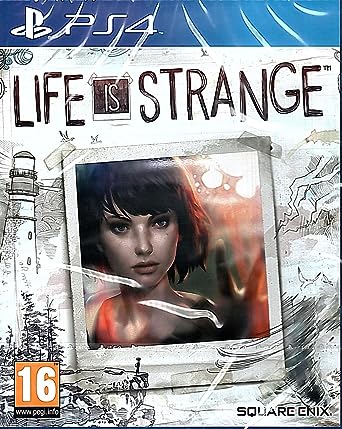 I probably should’ve waitied till I went through a second platy through or something. Like I did. For. You know. A similar game involving walking deadness.

I enjoyed playing this game so much. That like., Fuck it. Right?

I liked this tgame man. There’s no other way to say it. I enjoyed playing it and stuffs. You know? I mean. Sure. There’s a BUNCH of pretentiuous bullshit involved. But. I mean. That’s wht you’d expect and such. Right? Like. I’m a “memvber” of the “right-wing” politicaly, in America. And shit.

I can still play this game and make the choiuce to “kill” crippled Chloe. Because. That’s the decision that makes sense and shit. Right? You don’t need to guilt-trip me into bullshit.

Man. I don’t know. These sorts of things. They’re probably going to be in a rambling I write after I’m done wit hthis one.

But like. I’m sick to fucking death. Of “Hollywoody” bullshit. Controlling the arts. Right? This game is AWESOME. it is. From a story-telling aspect and shit. It’s AMAZINFG. There’s no ifs… ands… or… BUTTS. About it. Life Is Strange is a good…. video gaming experience. For what it is.

MORE THAN LIKELY… none of your decisions actually mean ANYTHING. But. Like. After my first playthrough, I’ve learned that… Kate (right? that’s the  “Christian girl’s” name, innit?) can be saved from killing herself. And I’m wondering, how does the rest of the game play oiut with her alive and stuffs? You know?

More than likely. There’s no difference. But.

This shit right here. It IS the future of story telling. 3d cameras. “Player’s choice.” All that. Story tellers. Us. We NEED to be ahead of this game. I’m just saying.

RAPID FIRELY~!: Life is Strange is pretentious. But good.

Onh my normal people Facebook. I said, “I predict this will be the season that Oirange is the New Black jumps the shark. And. I mean. It’s not. There’s still a GREAT level of intrigue heading into season six and stuffs. But like.

When I first wrote that thought of mine. I figured tghat the fifth season of the show would be SO GOD DAMNED PREACHY that I couldn’t take it anymore. And. I mean. Sure. There’s moments that are just as, if not, more so preachy than the previous seasons.

Yes. The “white, racisty racists that have ever been racists” characters are so stereotypical a fifth grader could have wittten their dialouge. Just as much as they did during the previous season.

GOD DAMN IT. There’s even a “MEL-FUCKING GIBSON” joke in this season. and it’s Batman facepalm worthy. Forreasl.

And. No. As much as the show makes me want to believe so. I STILL don’t believe that the officer that killed “Pousey Washintong” is a fucking murderer. he killed her. On accident. That is not a murderer. Given the evidence on display in tyhe show. He’s not even guilty of second degree manslaughter. By definition. Of. The. Law.

Other than ALL of that?

I’m curious to see where the show’s going. Legit.

Merhaps. There’s a MUCH larger rambling here. And it has something to do with how out of touch Hollywood has become with reality? I don’t know? Maybe. There’s. Just. So god damn much.

But there you go.

I RAPIDLY review those things. As. You know RAPIDLHY. As I could. Take care? I don’t know.