So… Let’s start this ramboling with something… in a way… I’m DAMN NEAR POSITIVE I’ve never started a rambling before. Right?

With one of these…

RANDOM SIDENOTE: The whole, “featured image,” thing. Roight? That picture with former president Obama, Michelle et al. All of that. It semmed to fit this rambling. Because. Man. It was the first thing that came up when I searched for “random drunk person.” And I meanl. How more awesome can you get. Right?

Much like the last ramvlng that was kinda like this. Don’t, dear reader, expect too much. If… you know… anything… AT ALL noteworthery heree. Forreals.

like. You’re not about to learn some new information. I’m not about to crack the csae on the whole “president Trump/ Russia” situon. NOTHING amazing is going to happen here. Atl all. I promise. It’s just. Man. I can’t stand this world. And some day… probably sooner than later… I’ll delve deep into how much I hate thks world and such.

But for now. Let’s have some random tidbits ofg fun, right?

I figured I could shed a light on this here subject. Especiallys. Sincce. Hey. Did you know?! I’M A CERTIFIED MIXOLOGIST?! Or something? I don’t know. And. Even more words so this paragraph appears to be more prpominent and significant than it is. Forreals, dude. Stop iot. Or something.

There’s a five step program of sorts. For drunkenness. Forreals. It’s science. Look it up. Basically. Being drunk? There are five distinct stages and such. So. Let’s bing. Innit? Right?

Sure. Yo;ue’ve had a drink or two or three in your system (depending on your tollerency level, of course_). But. By and large, you’re still COMPLETELY sober. You’re not about to start blertyingg out nonsense to your friends or anything. But. There is alcohol in your system. It just. Hasn’t kicked in yet. AT. ALL. Thus. You. Are. Sober. The end. ARREST ME FOR ANOTHER DUI, OFFICER!

Sure. You’ve definitely had a drink or three. And you’re just now startting to feel the affects from it. Again. You’re not about to spill your heart out or anything. But you’d probably styart speaking a little more freely. Because. You know. Liquid courage and such. And stuffs. Obviously. At this poiiuntm, you should probab ly Uber your way home, dude.
…kinda.

At this point, things are definitlely starting to get blurry. You’re more than willing to talk… abnotut ANYTHING. EVER. But. Merhaps, you’re not going to spill your deepest, darkest secrets to someone, you know? You just willing to alk about anything. Ever. Again. You hsould definitely be investing in an Uber to get youtself hme and such.
…for the most part.

Things are ver, VERY blurry at this point. And stuffs. Like. It’s VERY hartd to keep your head straight and shit. You’re talking bullshit out of your ass. “Hey@! Did you know that the Republicans are taking away 22 million people’s heatlth insurace?! God damn do they duck so much!” You know. thinks like that. And. While I, personally, have driven drunk, it’s definitely not for everybody. Hence, ilke the whole, “…kinda” bullshit I and nonsense I sspiewd before. But definitely. NO MATTER WHAT… this is THE last stage pssible for you to, POTENTIALLY drive a vehicle. Hell… again… I don’t recomend doing so under ANY of thse, aside from that “Sover,” bit. But. Forreals. If you/././ MUST drive aftar drinking alcohol and shit. This is the FINAL point where things can still remain in your control. Mauybe.
Something like  that? I don’t know?

Sure. I’s called lots of things. “ZBlack out drunk,” “Bill Cosby special,” whatever. The point is. You. YOU. Are no longer here. You. Are. Gone. If youcan, possibly see… there’s an exact twin of… ERVRYTHING, if not triplet, in your eyesight. If you’re able to communicate, every and any deep, dark secret will pour out without a single, solitary hesitation. Your head can not be held upright. And. Well. ANYWHERE is the most place you’ve EVER rested. Peiod. Again. I reiterate. You. Are. Not. Here. You’re elsewhere. That’s how drunk you are. So. No. Do not, EVER even attemt to opporate a vehicle. Ever. The end, dude. Forreals. And stuffs. And things. And probably other words that the thesaurus could come up with for, “gone.”

There you have it, folks.

As present? I’m somewhere in between buzzed and tipsy. So. Without opperating a vehichle, ever. Because. You never should even if you have just a sip of alchol in your ssystem. never. EVER drink and drive, dude. Obviously. Right? WOMP WOM WOMP or something. I don’t know. 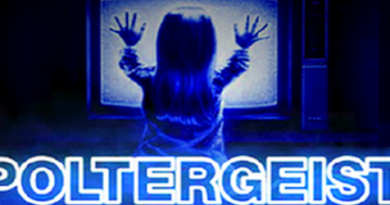