Pretty much, like, as soon as I found out that Mass Effect: Andromeda was officioually going to be released on Mrch 21, 2017. I immediately reordered the the deluxe edition at GameStop. Hate me. Slay me. I know, everyone hates preorders. And like. Season passes (that one I don’t understand… like… at all… but whatever). But I don’t care.

I, legitimately, don’t think that I’ve been this excited for the release of a video game since WWF No Mercy in like 1999-2000. MAYBE you could make the case for Grand Theft Auto IC. But I’d highly doubt this.

I may be a Johnny-com-lately to the series. Hell. It wasnt until somewheres in 2014 when I played all three Mass Effect games. But damn it. I really can’t complain. Maybe a minor, dumb me, kinda complain. That I’ll make in a bit here. But. No.

And this rambling? Basically. Since. The story’s PRETTY much ALL up in the air. I’ll take a stab at it. You know. Given the things that are known, plus my own thoughts and twists. WHILST taking a stab at everything that’s going to be happening in the gamer. Like. What are some of the things you, the pathfinder, will do. Stuffs and things like that.

Look man. I did my best.

I’m totally looking forward to this game. It’s GOING to be awesome. Amazingess WILL happen. THe end. 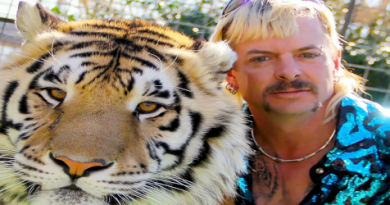 What’s on my Mind Vol. VI