Just re,emver, dude. I lost my therapy session called, “The Drunken Radio Network” over a year ago. And I mean. By amd large. I’ve kept everything close to the chest. You know?

Hell… the last time I atempted to do this rambling, I still… somehow… managed to turn it into a polical piecve of nothingness. It was all about, “Hey dudes, I hate Trump too, quit making me defend him already!”

Because man. Sure. As I said in the previous rambling, I’m no Dennis Reynolds. But you know what? I can’t lauygh. I can’t cry. I can’t see inside of me. Don’t know the reason why.

As much as I pretend to have numbed myself to everything. I can feel things thguh.; You know? Like… just about a year or two ago and such. Whenever I’d watch The Walking Dead things having to do with Glenn and Maggie… I’d ALWAYS have to force back tears.

Then. Glenn gets Lucile’d to death. And it’s awesome. Emotional as all hell. “Maggie, I’ll find you.” All that.

More recently, I felt mty inner child scream inside of me whilst watchin Justice League. But… apparently, that just means I’m simple minded? Or something? I don’t know dude.

I mean. I menioned him before.

merhaps. I’m just feeling the lack of, as Dennis Reynolds once described, “The God hole.” According to Dennis, people fill it with religion. Frank Reynolds suggests that Dennis wants to fill that hole with pussy. Dennis agrees.

Nothing makes sense. And nothing matters.

I’ve been let down FAR too much by “God/religion/Jesus” far too many times.

Let me get this out of the ways. I know, NO ONE is concerned about ANY of this. But. There’s a portion of the afore shared WASP song. In which the lyrics are: “And I can’t fuck (fuck). No, and I can’t feel. I’m one bizarre motherfucker what the fuck’s inside of me?!”

Something along those lines.

Allow me to just say. I. Obviously can’t fuck. Like. Technically, or something. You know? But also. I have no desire to fuck. Right? Like. There’s 1000%… 0% that I want to put “myself” into a “herself.” You know? Like… that desire’s out the window, dude.

Again. Therapy sessions. All that.

Alcohol is a depressant. 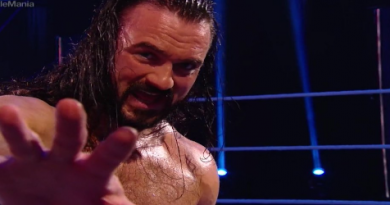