Instead of doing some sort of BIG~!… dare I say, “YUGE~!” “2017 in Memourningum” thing. Like I did lasty year, I’ll bebreaking all of these thinguses down. Bit by bit. Piece by piece. Because. Damn it. SOMETHING’s got to make me care, again, right?

All I know is.

This is kinda, sortsa, th things peoples focus on when “end of the years” and entertainment is concerned sao. Let’s start with this…

I dunno, calling this the “best” video on the subject is probably a stretch. But, I guess I’ll go with it. hate me. Slay me.

Tjos year’s in memorium didn’t seem to have the impact as last year’s, right? merhaps that’s all to do with the Fishers or whatever. And the crazy sequence that was. But like. Suire. Horrible. Things. People we like, died. You know? But I dunno. FFS. Anton yelchin randomly died last year. You kn,ow? Come off it. Last year was worse.

This all makes me seem like a terrible person and such. 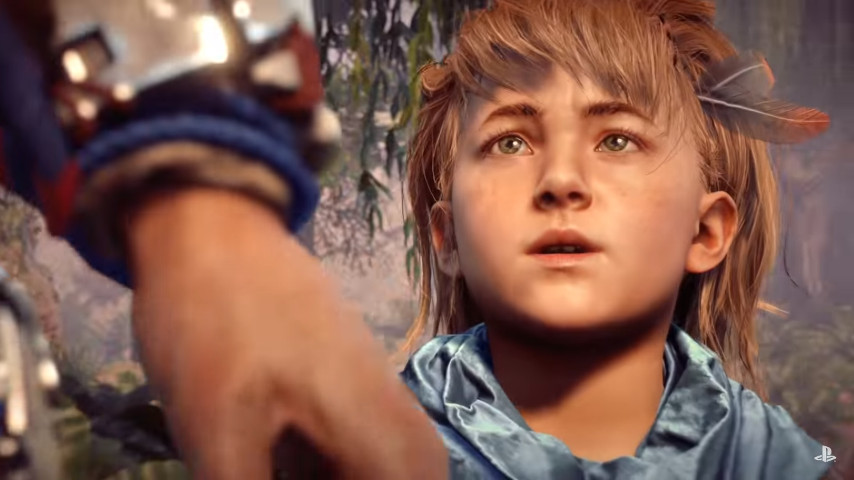 Horizon Zero Dawn is a PS5 exclusive video game that is, wirthitu a doubt, absolutely gorgeous. It garnished all sortsof “mainstream” circle-jerking phrase that made the PC Masdterrace and Xboners~! put themselves on suicide watchlists. Or something.

Hell. XBoners probably just called the game a movie. Like they did with The Last of Us. Sigh. Sorry. I’m going off topic. I just… really hate Dusty, dude. As a human being. He’s got no redeeming qualiy about him. At all. But. I digest.

Outside of the gorgeous graphics and such? Horiuzon XZero Dawn is dumb. The story’s lame amd a;; anpiut G;pba; war,omgness. The combat’s extremely tedious. And. Just. No. It’s not the 5000/10 star game IGN and such gave it. It’s gorgeous. And dumb. Period.

Logan? Logan was utterly fantasic. Like. I don’t think I could ever say anything more awesome about this than anyone else has. Right. Logan was. Most likely, the best movie I watched in 2017. Making it, for me, the best movie of 2017. The only thing that MIGHT content with it?

The Disaster Artist. Unfortunately, I haven’t seen it yet. So. You know. Whatever. Right? Logan. Amazing. As someone said in the YoutTube ads for the movie… “Logan is ‘The Dark Knight‘ of the X-mean movies.” All of that. Altough. I’ve still to this day (evewn recently watching The Dark Knight), hve never drawn a tear whilst watching the Christian Bale/Heath Ledger Batman film. I was on the verge of bawling during the course of Logan. Legit.

Season 21 of South Park.. what is there to say, dude? Like. There’s moments I absolutely loved. Hell. I was enthralled with the first episode, “Whiter People Renovating Houses.” Loved it.

Hell I loved, even more “Sons of Witches.”

“Doubling Down” was a PHENOMENAL Trump satire. WITH  the benfit of one of the best mofdern telling ofg the Cartman/Kyle relationship and everything else tied up all amazingly. Awesome.

“Moss Piglets” was a great satire of the NFL and such. Everything like such as. But… I mean… South Park… Trey and Matt didn’t come near close to tacking (I mean… no pun inteded, I guess?_) the rewal trouble at hand. Hell they could’ve had moere bits of President Garrison here… at the VERY modern Trey and Matt Californian least. But oh well.

“SUPER HARD PCness” was… basically… the best South Park episode since Imaginationland‘s trilogy. I even delved philosophicaly deep into it in a rambling.

Then… You know… nothing mattered the next week. South Park just decided to make fun of white people… voting for Trump? I don’t know man. I mean. Obviously. “White people” is a subject that South Park has never, directly made fun of in the past. And. Of course. It’s completely fair game. No complaints there at all. It’s just. The execution left MUCH to be desired. Hell. No one, outside of Ike, cared about Kyle’s involvement of nuking Canada. It all just seemed.

Now. As far as The Fractured But Whole is concerned.

Yes. I laughed a lot whilst playing it. Undoubtedly. Surely, I loved it in the South Park lover’s type of terms. He;l; I’m not THAT far against it as far as “loving video games” is concerned. I meanl. Obviously, it’s not as hard as Cuphead or something. But it’s a funny playthrough.

Overally… South Park:The Fractured But Whole is fun. Funny. All of that. Stuffs;

Towelie is annoying as fuck. During the SECOND playthrough. Right? I mean. You made this a BONUS~! feature. Only something you’d receive D1 and shit. Afterwards, The “Towlie gaming bud,”feature is annoying as ALL hell dude. Forreals. Good for a first playtrhough. Find all the yuck yucks.

Thaty’s kinda a proiblem with a BUNCH of South Park: The Fractured But Whole.

You know. When play needs to be haulted. Because there’s a car coming. Sure. It’s funny and even charming the first couple-a time it ha;ppens during gameplay. But I mean. ESPECIALLY if you’ve gone therough multiple playthroughs. Dude. It’s such ajn annoyance. Much like. Towlie.

Don’t even get me started on how annoykng Kyle’s cousin Kyle is. For the love of ANYTHING HOLY. I know, Teery, matt, that means I’m a Mormon now or whatever. But. For tyhe love of reading gold plates out of a hat Christ, after the first playthrough… anytime I heard… “I’M BAAAYYYYACK~!” I fucking cringed. It was one of the worst things to happen to gaming since… I don’ty know? theloot box was invented? HAR HAR!~

Either way. Cousin Kyle’s charm, like Towelie, loses its charm VERY fast. Both things make the game virtually unplayable. Hence I haven’t COMPLETELY finished the game outside of my VERY first playthrough. And. Believe me. I’ve tried.

It’s noth SOLEY on the fault of these two annoyances. Well. Merhaps. Cousin Kyles constaant interuptions WERE a part. But still dude. The Fractured Biut Wholei IS fun. It IS. Ity’s just. You’ve GOT to look past a BUNCH of bullshit to enjoy it. Legit this time.

I’ll come back to that in a minute.

I absolutely LOVED the bit. Where. Revived/evil Superman’s battling the Justice League-y peoples. He’s dominating all of them. Then. There’s Flash. Trying to be a speedy asshole. Tryna sneak up on him. Because. You Know. The Flash is fast. As fuck.

Biut Superman. Is. You know. Aslo fast. Plus. He’s got the benefit of being. You know. Superman. While Barry Allen’s speedily being a speedster. Coming up on the man of steel. Superman sees Flash, out of the corner of his eye. Stops what he’s doing. And, if I’m not mistaken, grabs Flash by the througt.

This moment. Seems like eternity. Legit. And. Lefgit. it probnably lasts like… 60 seconds tops. But. God damn. is it not one of the most beautiful “super hero” moments captured on film ever.

ALL I needed to “LOVE~!” me some Justice Leagues was given to me. During the END credits scene. “A leauge of our own” shit. Forreals man. I can’t describe how awesome this moment was for me. Thew eight yoear old boy. Watching Challenge og the Superfriends reruns on Cartoon Network EVERY FUCKING DAY whilst living in the basement… things…

I’ll also concede. Justice League, outside of bringing the eight-year-old out of me, was, more than likely, a pile of nothingness.

But still DC”s pile of nothingness was better than Marel’s BOOM!

I’m moving on to my next topic bty saying…

This is… pretty much…

The funniest thing ever put on television:

This s an 18 second clip that NEEDS more. But sadly, this was the best I could do.

It’s Always Sunny in Philadelphia is easily the besrt live action comedy seriest ever made. Period. The end. Bar none. I’ve seent The Office. Even more recenyl I’ve started watching the knock off and NO WHJERE NEAR funny version called Parks and Recreation.

Seroiiusly. It’s one of these:

Sure. Hate me. Slay me. it took me until 2017. Year of our Lord. To discover the amazingness that is It’s Always Sunny in Philadelphia and man. Dude. Peoples. things. Lend me your brains for a send. Just noodle this one out with me.

Everyone that hates Donald Trump complained that the world would end, seemingly, every other day. OR. Your know. They were… The Democrat that Cried, “Apocalypse.” Obviously, right? 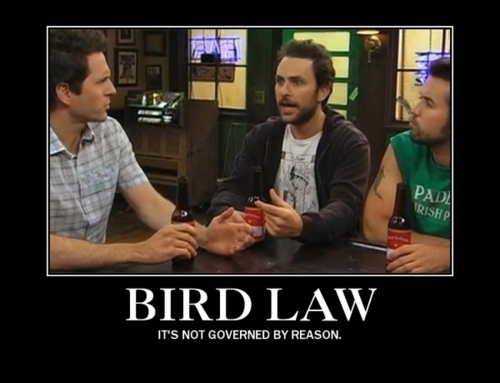 he ONLY scientifically proven apocalypse that took place in 2017 came in Decemberr. When Netflix removed It’s Always Sunny in Philadelphia from its lineup. I mean. This is the biggest crime against humanity the wqorlsd has ever seen since Apartheid. Easilty. Forget donald Trump winning the Republican Primary, to then go one to become President of ther Uniteds States. Netflix removing It’s Always Sunny in Philadelphia is easily comparable to Jim Crowe.

In my mind? Same thing.

I mean. I said most everything I coupld possible say about the game at the beginning of the year. Innit? And probably more. And more. <auybe.

Hell, man. IO was ramblinh about the gamer back in 2016 and shit.

Final verdict and such. Even though, legit. I haven’t played the game since I told you all i ‘rage quit.”

Mass Effect: Adromeda left FAR too much to be desired. One of the biggest things should have been made available in a DLC pack that, more than likely, would have been acceptable. Other things (such as the TRUE conclusion to the “Ryder secrets/benefactor” stuffs_) SHOULD have been in the game. BUT., DLC expansions would have been fine to see their conclusions.

Instead. We go t the predecessor to what would be Star WarsL: Battlefront II‘s dlootbox nonesne. Right?

I’ll end this rambling with…

Obviously… I didn’t talk about all od these. But. Hate me. Slay me.

6. South Park: The Fractured but Whole

Sjot man. Now rhat I think on it. There’s like TONS of shit I didn’t mention. Westworld, Better Call Saul (Season 3), Game of RTrones, damn dude. All three of those should be in that “top 10.”

PLUS… fucking. ESPECIALLY… Netflix’s Louisa C.K. special, 2017. How the hell I didn’t think of making that #1, I’ll never know.

Hate me. Slay me. Peoples.