you know how this workds. I’ve been doing this shit since the fucking beginnings. The year-lie-est of yearly traditions of RyansDrunk.com is I make predictions of the year’s  WrestleMania.,

As much of a disappointment (Sting’s inclusion aside) as this year’s show may be… why would it be any fucking differingt? Right?!

Cesaro/Tyson Kidd vs. New Day vs. Los Matadores vs. Usos

Eh. Obviously. This os on the kickoff for a reason. it’s As sad as it is to say… not importatn. At all. Heell. is ANY match theat involves “Los Matadores” important? Obviously not. But. Like. You know. Ceasaros is there. And obvious awesomeness is awesome within those four ropes.
PREDICTION: Cesaro/Kidd win. Cause. What’s the point? Right?

Hees’ the first toss of up the night. obviopiusly. Kinda. In all seriousness? This could go either way. ESPECIALLY if I hope WrestleMania ends the way I want it to. So. Given that i want WrestleMania to end the way I want it to. I’ll go wit hTHIS…
PREDICTION: Randy Orton beats Seth Rollins. Probably there’s botched interferences involved. J&J Security fuck shit up. Whatever. But. Either way. With what I HOPE TO GOD happens at the end of the night… Randy going over makes the most sense.

AJ Lee/Paige vs. The Bella Twins

I guess this is another toss up of the night. even though. This one doesn’t TRULY matter. Kinda sorta. I mean. If the titlew wasd on the line. WCW style… then maybne. But. Whatever.
PREDICTION: AJ/Paige win it. BecaUaew. You know. Thart’s PRETTY much the only way to “#GiveDivasAChance.”

OK. I’m… you know.. apparently… an IWC cunt. Right? I HATE THE BALLS OFF OF JOHN CENA! And. You know. For the most part. This sentiment is true. For the most part. However, IU absolutely see the appeal of Cena winning here. He’s, OBVIOUSLY , the superman/Hulk Hogam that he NEEDS to be. He already lost to this unstoppable monster. And stuffs. And like.
PREDICTION: John Cena wins. It’s the victory for America. It SHOULD be the most emoitional match that like… you know.. Hogan/Slaughter was that one time. But it’s not because “HEY! MITT ROMNEY! THE 80’S CALED@! THEY WANT RTHEIR FOREIGN POLICY BACK~!” And. I dunno. I’m an “iWc’ idiot. Hatersd Cena. All that. And. As much as he doesn’t… at all… “need” the winl. He… “deserves” oit.

The Undertaker vs. Bray Wyatt

And. Like. really. To “loosely” quote the great philosopher that will… UNDOubtEDLY be our next president of the United States:

WHAT DIFFERENCE DOES IT MAKE?!

Seriously? If bray Wyatt wins. Ww. He’s kinda put over. Ish. Maybe. Possiblly. If Undertaker wins… there’s like. Reasons? He proves he’s still awesome at ‘Mania? And THAT’S IT! THE END! PERIOD!  Obviously. It’s just. Kinda. here. Helld. Undewrtaker couldn’t even be assed to sow up on Raw prior to this match. Sio…. obviously…
PREDICTION: Bray Wyatt. It’s lame. it’s dumb. At this point. But. Yeah. They’re building up Wyatt. To. You know. Put the final nail in the coggin and stuffs. Things were handled lamely. Obviously. And. Once again. Afgter the streak was broken. I will ask… kinda…

WHAT DOIFFERENCE DOES IT MAKE?!

Another. HUGE toss-up oof the night. Because You know. Obvious statistics are obvious. I LOved the fact that they fiNALLY went with a “stealing the belt” storyline. And it was awesome how it was “reversed” and liked. A babyface stole the belt. And stuffs. But then… obviously. It all got blown out of proportion. And lame. And like. There’s a 1/7 chance I’ll be right with my guess here. But. I guess. I just HOPE TO FUCKING GOD that the winner is…
PREDICTION: Dolph Ziggler. As much as i want an Awesome. You know. bryan win. And like. It’s been pretty cool how they’ve played up the fact that he’s NEVER been Intercontinental Champion and stuffs. I just… with the way I HOPE the main event goes… I just PRAY that fucking… Daiel Bryan stays FAR away from the IC title. Because. Fuck this “B+ Player” bullshit. Obviously. EWithewr wy. The winner’s going to be either Dolph Ziggler or Daniel Bryn. I’m hoping for the former. Sue me? Or something.

The fuck? This shits’ going to be in the kickoff too? BOOOOOOO! Mania! BOOOOOOOOOOOOO! But like. Predicting the winner of a bATTLE roya isa like. Predicting the winner of a U.S. Presidential election two years before the general election takes place. Politics is awesme. Mabe.
PREDICTION: I’m going with the winner that makes sense. Hell. Unlike last tyear when there was like three people unconfirmed oto be in it. This year, there’s like… 12 or something. Maybe. But. Again. the winner that makes the most sense to me. And a wrestler that has, SERIOUSLY grown on me. To the point that I think… “Yeah, he’s pretty awesome.” I’m goingwith Ryback. Because. Objiousness is obvious.

And like. Fuck you. No. Seriously. Fuck you. Again. As I’ve said TIME AND AGAIN on The Shootout AND… you know… probably Harms’ Way. When it comes to Sting? (And Travis Beaven) IT’S STILL REAL TO ME DAMNIT! So. Like.
PREDICTION: Sting. IF Triple H gets the stick up his ass. And. You know. Reverts to his like… 2003-2009ish self and is like “FUCK YOU I NEEDA WIN OR ELSE~!” I. FUCKING. WILL. END. MY. WWE. NETWORK. SUBSCRIPTION. PERIOD. Sting wins. Or I riot. Basically.

And like. thsi here. Is like. You know. the “BIGGEST” toss oup of the night. Simultaneously. It’s also liek.. the BIGGEST “Eh” of the night. And like. Honestly. ESPECIALLY since Lesnar re-signed with WWE. this can go EITHER way. BUT… I’ve. You know. Kinda. Sorta. Mad another prediction based on this match. And really.
PREDITION: Roman Reigns wins. Like. The hardest fought battle. In the HISTORY of ever. He’ll get 20 German suplexes and stuffs. And yet. He’ll still win. He’ll nail a random SUPERMAN PUCNH!~ THEN A SPEAR~! And win.
And. Perhaps this is NOTHING but wishful thinking. But.
After theVBERY hard-fougth win… Seth Rollins’ music hits. He cashes in. Fucks Roman Reigns up the ciunt. Wins the title. Boom.

That’s pretty much the ONLY way WreslteMania is worth watching. That. And. You know. Sting’s NEEDING to win. Those things. “WrestleMania  31” hangs on two threads. If Sting loses…. and you know… Roman Reigns leaves the show as champion… I’m DONE. Period. The end. Kiss my $9.989/motnth goodbye WWE. When Sting wins, U cab swakkiw a Roman Reins victory. I can. I won’t like it. AT ALL. But I can tollorate it. BUT…

I already described my other thoughts and stuffs. So. 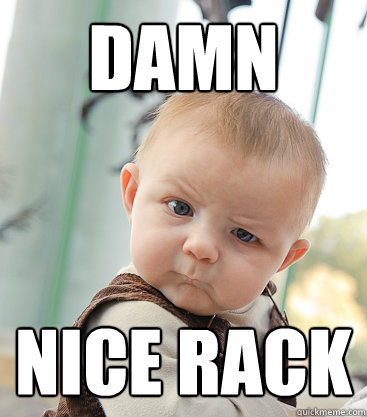 The Drunken Watching of… Saw