Now. Look. I’ve recently decided to devolve back into the silly, typo-filled, drunken ramblings that garnished my “claim to ‘fame.'” But. For this, specific instance, I’ve decided to do things a little more “professional.” Don’t get me wrong. I am drunk. And I’m furious. Thus, this quote-unquote “professional” rambling will be fill with profanities. And… well. Overall. This intro is, pretty much, unneeded.

This is the show of shows. The granddaddy of them all. The showcase of the immortals. And this year. Unlike some, recent years before, there were only two matches that I cared about. Two. Only two. Last year? I was looking forward to quite a few matches. The year before? There was like… one match. But before that there were more.

Either way. This past Sunday night, I was, MOSTLY looking forward to one match on WWE’s WrestleMania. One. There was ONE fucking thing that I cared the, ABSOLUTE MOST, about. One.

One mattered the most to me.

One was a COMPLETE deal-breaker for me. One.

Yes, there was, as I mentioned before, another match that I cared about. But there was…

Sting was scheduled to take on Triple H. You know. At WrestleMania. You know. In Sting’s VERY first match in WWE… EVER. As far as “wrestling” is concerned… this is like… I don’t know? Pretty much the equivalent of Michael Jordan all of a sudden playing for the Pistons in the 90’s for the first time? I don’t fucking know. Nor do I care about metaphors right now. The point is. This is a fucking HISTORIC thing. In both sports and entertainment.

And it’s against an opponent that makes sense. Logical sense. Like. Totally. Sting going against Triple H is a dream match. Undoubtedly. Not as big of a dream match as you know.

But. You know. Sting/HHH is a fucking dream match. Period.

And. As awesome as things were going. All of a sudden, there was a pretty random DX interference.

And Sting dropped the fuck out of those cunts like  they were all 50+ members of a mid-late 97 nWo. Showing that he was STILL the fucking Batman-y savior of awesomeness that fucking created my love of professional-wretling. He was still the super hero I remembered. No, he may not have dropped from the non-existent rafters. But he was still able to SINGLE HANDEDLY take care of four dudes on his own. Period.

Remember how I mentioned Sting, pretty much beat the fuck out of the nWo? Well. Back in my day. GRANDPA~! He did that shit for years. Sting had NO bigger rival in his career than the beautiful hatred he shared for the nWo (the end of the storyline aside). Because. nWo was an organization that looked to DESTROY… EVERY-FUCKING-THING Sting loved. For years. This group, the New World Order, tried to kill WCW. Sting fought them tooth and nail. And then. Hey.

In the fucking intro video. The “hype package” of this Sting/HHH match. For weeks. It’s been hyped that nWo and Sting hate each other. Now. All of a sudden.

HOGAN: Let me tell you something brother, Sting was in WCW and hating us and destroying us. But, brother, we’ve gotta make sure that those DX kids don’t ruin WCW’s legacy in 2015, dude. That was our job in 1997, brother!
Nash: Huh?
Hall: Chico, I just shared the stage last night with three of the people we’re about to attack.
Nash: Did I get money yet?
Hogan: No brother, Sting’s the man!
Hall: One more for the bad guys! Just don’t expect me to take a backdrop on the outside. I don’t think my kidneys can handle it.
Nash: FUCK! MY QUAD! 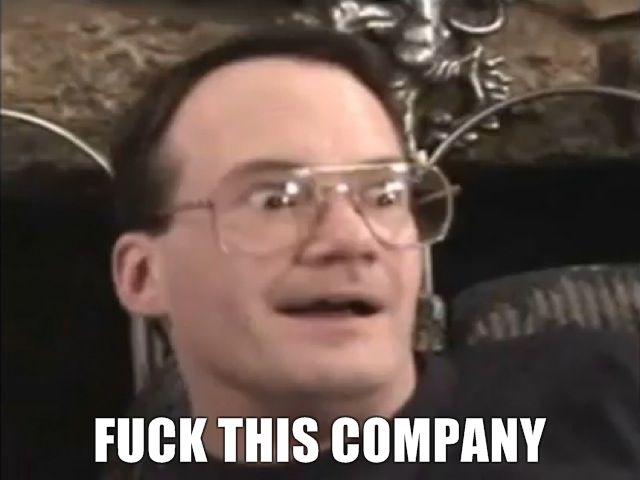 And. Like. Before you know it. Sting’s giving Triple H the Stinger Splash. About to do it again. And.

My childhood was buried. Triple H used the head of the broken half of the sledgehammer to nail Sting in the face. And. One. Two. Three. Triple H. Among his many-a burial. Successfully, got the stick up his ass, and buried my childhood. He became the master of burials. Just as much as he had been in 2002-2004/2005/whenevers. You know when that period took place.

He HAD to add another burial to his belt.

And… as much as this…

I’m done. Oh yeah. One last thing about the match itself…

Triple H: I fucking hate you Sting! You kinda made me lose my job a few months ago!
Sting: You’re an even bigger wrestling tyrant than Eric Bischoff! I NEED to put an end to you!
Triple H: You’ll NEVERRRRR-UHHHHHHH~!
Sting: WOOOOOOO! I hate you! I hate you for months now!
Triple H: I hate you for months now EVEN MORE! But damn it. Now I beat you. Because reasons. AND I’M THE GAME! Younger WWE fans will forever remember you as someone that, really, wasn’t important! BURIED! But hey. Handshake?!

In all seriously. I pretty much said it in my predictions rambling. This was the unforgivable. Because, those few days ago, I had a pain in my gut. I had this intuition that Trips was going to bury Sting. And I said that if it happened. I’d cancel my network subscription.

I could tolerate the ever-predictable Roman Reigns victory (which… you know… didn’t happen). But I could NEVER forgive WWE allowing Triple H defeating Sting. Period. I can’t put up with that. I won’t. And now. I don’t. It was, kinda, sorta, heard live on #TheShootout that was. I said I was going to #CancelWWENetwork. And I did.

But. I don’t want to end everything on a complete down note. So. For the laughs. I give to you. Pretty much. Exactly what’s coming next for Sting’s WWE tenure.

Then They Came for Steven Crowder…