So. Aside from the obvious thing that’s obvious (only ONE of those things, in case you’re wondering). There’s only, seriously, trhee other Tim Burton films that I actually enjoy. Well, at least, enjoy enough to say, “Yeah, I really like that movie.” And, well. Let’s just say. This isn’t one of them.

I’ve never been ble to look past just about all of Tim Burton’s emo teen angths that’s on display in all of his movies. (Except for that one, obvious one). And really, of the other three films that he’s helmed and I enjoy, two of them actually have all of the Burton tropes. All od the emo teenage angst. Everyone in the movie’s are gray. Hell, in two of those three, they even star Helan Bonham Carter and Johnny Depp.

Bonus points if you can guess what three movies I’m on about in the comments. Or. Whatever.

Nightmare Before Christmas? I just can’t stand this ovie. At all.

Abd tes, I am aware, he didn’t direct the movie. But still. It’s got damn near all of his tropes within it even though he’s just the producer. Whatever. Let’s do this. 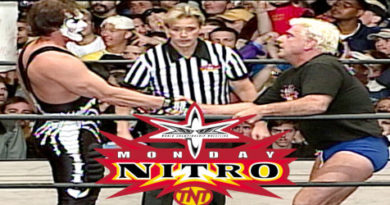 The Future is: Sex Robots