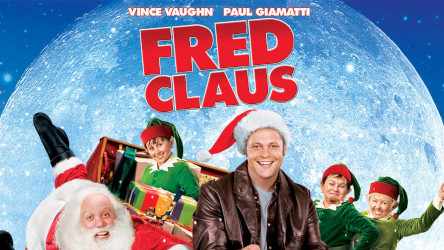 Say what you will… But…

Lex Luthor is the role Kevin Spacey was born to play.

That’s right. We’re starting this ramling off with a bit of commentary abuot Superman Returns. Because. I mean… in some ways, that’s kinda… sorta… how Warner Bros. approached this movie, it seems.

I mean. Sure. Director of Wedding Crashers, i mean… that couldn’t be more obvious.

And Paul Giamati Paul Giamittis the shit out of this movie, like he does with most any acting role he’s ever been given. Jesus Christ. Dude’s only been nominated once for an Oscar. And that’s it?! Fuck off, life.

Anyways. Kevin Spacey is THE big bad of this movie and stuffs, right? Coming off of playing Luthor the year prior, but no body liked Superman Returns. So… as a bit of a yuck yuck for those in the know… or something… The thing that makes Spacey’s heart grow three times that day is coming to the reaizion that he’s just mad at Santa because he didn’t give him a Superman cape as a child and stuffs.

Paul Giamatti deserves. Everything. Shut up, Academy of Motion Picture Arts and Sciences.