Hmm…  This idea jusht hit me.  So maybe… it should be fun. Maybe. Who knows. But basically… he’s a list of comedians I would put in my top 10 list. You know.. how I like the most. And stuffs. DUH?! Oh… and this is mostly based on Stand up and shit.

If you don’t know what’s going on in this rambling by this point… you should probably slit your wrists. Because you’re a worthless human being. That’s a FACT! that I made up.

Wedll guess what dipshit. It is. While Bill Maher is FGAR from “idealistic” or… something. I do enjoy his standups. I was right with him in the “Bush era.” And I’m sure therer’s PLENT of things we argrees on.

But wen this dude gets SERIOUSL political in his stand ups… I tune out. Other than that… he can be pretty funny.

I’m sorry if that goes against what you “expesct” from me or soemthing. What the hell? “expesct” os a word? REALLT?! Seriouly? OK… I think my google chrome is fucking up now. Whatever.

Most of the times. 9. George Carlin. Honestly. I’ve sen ONE of his stand up acts. And… I’m almost positive it twas his last on HBO. and… well… that’s it.

But I recognize his accpomlishments.

The dude was a HUGE trandsendser. EXSPRECIALLY for his time.

And from the stuffs of his that I HAVE watched… I liked. Enough to include him here, aside from the “ransendingness.”

Plus… in the few movies I’ve seent him in, aside from standup… he’s been funny. SO fuck it.

This dude is awesome. Basically. 8.  Chris Rock. Again. Another dude that I disagree with., Probably 96% of the time. But the cunt maes me laugh.

And. Again. I haven’t seent much of his stuffs.

But I have sen enough to know that he’s funny. Enough to make me laugh.

And sure… he’s probably like… “anti-white people.” or something. Another subject that I complete HATE… or like… somethiung.

But… this mofo is fujnny. I don’t care.

He makes me laugh. And yeah. Awesomeness? Dane Cook? He was the first stand-ip comediand that I TRULY liked.

I mean.. I bought his stand up CD’s and shit. Like… he was the first one that I truly LIKED and like… supported.

And… well… as with most “first times, ” you later, in life, go on to regret them. And like… They don’t mean as much as nd stuffs.

And the same can EASILY be said about me and Dane Cook.

Cure. He’s funny. REALLY funny even. Fuck. The dude has a line in one of his stnd up acts about being “litterall y cheated ON” and it describes me. In a comedic sense.

But still. In retrospect. He’s not RTHAt funn.y He’s funn. Bu not THAT fuuny. But his stand ups are pretty cool.

Umm… what else? He has the Penn Jillette syndrome about him. Which is totally fine.

And by that I mean… he doesn’t believe in God… so he must force the world to beliueve with him. And again… totally fine. He can “prostlativeze” but… you know… not reall.

And I just recently describesd his joke about “wppdland creatures.” But I stoled it and made it to work in my favor. Or something. But not really. I dunno. 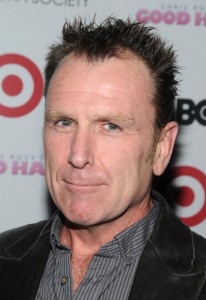 I have seen ONE of his stand ups. And I’m pretty sure it’s his one and onl that has been on “national” TB. And it was on HBO.

But it was call,ed, “Long Story Short.”

Abnd basically… he went through the entirety of human history. And described it all.

And it was the one and only instance where I randomly watched a stand-up act… of some one that I DI NOT know… like… AT ALL… and I laughted my ass… basicaly… completely off… except.. you know… my ass is still there. 4.  Andy Kaufman. Here is an example of me COMPLETELY liking a trendsender. I mean… come on…

Andy Kaufan realiszed shit was funny before ANYONE else could realize it. Ever.

I mean… reading “The Great FGatsby” to colege students that was expecteing an act FULL of the acharacter they seent on the TV show, “Taxi?”

Breaking the third wall… WHENEVEWR possible. This owuld include his bit in wrestling. Shit… my mom… (and sure…she’s not the MOST credible of soruces) stillisn’t sure if he was serious or not in doing his “heel” wrestling gimmick.

If someone ould POSSIBLYaccomplish that… they are a comedic genius. 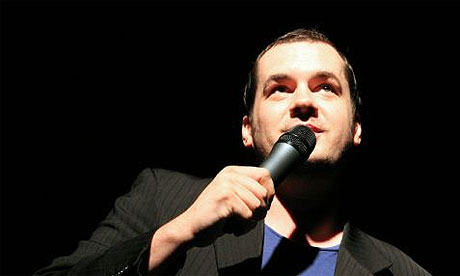 This dude does stand up whilst drunk.

And I love that.

He’s basically doing ewhat I’m doing. But with WAY much more confifence and like… I don’t know… determination?

Plus… this motherfucker is a funny cun.t And… he’s pretty much the reason why I LOVE the word, “cunt” so ,uch.>

And… even though he’

s all like… “atheist” and like… “politically left” and bullshit like that… he pulls it off in suhc and AWESOME way that is WAY too Goddamn down to earth thand awesome that it’s WAY too Goddamn hard to like… discredit him. Or something.

2.Jim Norton. In ALL sorts of seriousness. And like… honest and shit.

Jim Norton should NOT be here. MORE THAN LIKELY… Andy Kaufman should. But I love Jimmy to death.

Even though… I’ve ONLY sent one of his stand ups. ANd it IS his most recent. Or… at leadt.. his most recently distributed and stuffs. And it was done by EPICX… and you can see his shit on Netflix now. And stuffs.

And… the one and ONLY stand-ip act tof his that I’ve seent… its awesome.

And hilarious. And… I nce qutoes him.

He’s THAT hilariuos. Hell… I’ve quoted him a BUNCH of times. Cause he’s awesome. DUH?!

1. Robin Williams. Robin WIlliams… OK… again… in all honesty… I’ve seent his last TWO HBO specials. And they both were amazing. His last one, not QUITE as much as the one before… because he did use lots of recycled shit from the one before… and like… tht’s lazy comedy word right ther.e Lazy cun.

But still.. before I discovered Dane Cook. I saw Robin williams’ stand-up act on HBO in like… what was it? 2002? 2003? sometyhing like that. And honestly… it was the FIRST thing that made me fuall in love with stand up comedy. It was either this or that one “documentary” typoe-;ike thing… “THe POrignal Kings of Comedy.”

His stand up acts can NOT be olutdone. EVER.

The Wolverine Claws Through Box Office