It was around 10:30 pm, local time. when I heard the news that a wrestler had died on May 23, 1999. My mom had told Billy and I that it was a wrestler wearing a blue mask. Apparently, the local news teased this upcoming story for the purpose of commercials and whatnot. So. My mom invited us to watch the news with her. In anticipation, Billy and I jokingly said something along the lines of, “It was probably Psicosis.” Neither of us had the realization, you know, that the WWF had just held Over the Edge that night. And I mean. We didn’t live in the modern era where where wrestling pay-per-views were, borderline free as they are today. So, this, Over the Edge pay-per-view, was far away from our… psychosis. Right?

Some minutes passed. The newscaster said something along the lines of (I’m ad-libbing here):

WWF wrestler, Owen Hart, died tonight in the ring. The wrestler had fallen some 70 feet after his entrance stunt malfunctioned.

Psicosis? Some, random, WCW cruiserweight? We were well-prepared for something like that. Hell, a month had just passed where Rick Rude, Curt Hennig’s manager, had randomly died. It was WELL over a year that Louie Spicolli, nWo member, just… died… randomly. But. Owen Hart? Wearing the Blue Blazer get-up? Dying by falling from the rafters?

Ala, something that — legitimately — made me fall in love with wrestling, as I watched Sting perform this stunt, practically weekly? This? This was something we couldn’t overcome. Billy and I. This night. Was ruined. It’s not like we could just go back to playing WCW/nWo Revenge or creating our stories with the WWF action figures anymore.

Me, being 11-years-old. It was the first time in my life that I can recall feeling something surreal. Forreals? I’d had been through some shit at this point, believe it or not. Hell. I had held the cold, dead body of my 3-month-old nephew a year prior. So. I mean. I’ve been through some surreality at even that young age.

Either way, Billy and I retreated back to my room. Deflated. There was this strong, overwhelming aura of heaviness, man. We didn’t know what to do, man.

My window was open. And we could hear some woman crying out, “Help me! Help!” At least three times. Billy and I both heard this. We rush outside my room and informed my parents. My dad went for a walk. Discovered nothing.

And. Yeah man. This night? It sucked. A lot.

This is too good.

I mean. It’s not like I was that big of a fan of Owen’s back then. Hell, I was still on the fence of which company, WCW or WWF, I liked more. WWF definitely had an edge, due to the Hardcore Championship being introduced. But I still loved me some WCW as well. I mean, I had seen his WrestleMania X classic against Bret Hart (though, I obviously didn’t appreciate it at the time). Outside of that? I don’t believe I saw any of the many, fantastic-to-amazing things Owen Hart accomplished in the squared circle. Hell, dude, I didn’t know that the classic WWF Tag title match on Raw with Owen/Bulldog vs. Austin/Michaels existed until… some five years after Owen’s death with the release of the first Monday Night War DVD WWE produced.

So much awesomeness I had no idea existed like, “Owen 3:16 says: ‘I just broke your neck!'” Reliving most everything again through the greatness that is WWE Network and having these awesome moments, matches, promos, etc. at your fingertips. It’s awesome dude.

Owen Hart, is easily, the most underrated wrestler in the history of the business. Period. The end. Bar none. He’s one of the best in-ring wrestlers. Period. Plus, he had phenomenal promo skills. He could work a great match with anyone. Period.

Merhaps it was this, “Knarley.net,” where I first saw these pictures back in like ’04, I have no idea. Either way, they’re instresting.

The story goes after his match against The Godfather at Over the Edge ’99, Owen Hart (as Blue Blazer) was going to win the Intercontinental Championship (from the pimp previously mentioned). And eventually, he’d go on to call himself, “The Game.” This new gimmick of “The Game” would launch him to a World title victory later in the year. Or. You know. He’d go on to be Triple H. Essentially.

And. I mean. He definitely deserved it. Without question.

And. In all honesty, I can only end this rambling the best way I know. And that’s by sharing the only way the WWF knew how to end their tribute episode of Raw. 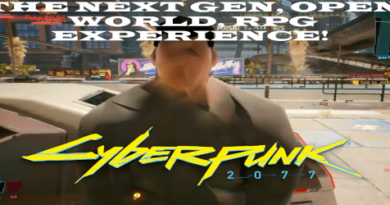