Perhaps this won’t be uch of a review. I’m not entirely sure what this is. It’s just a little bit of something. Mostly because I’m a lonely, lame dude on New Year’s Eve. And. I’ve recently joined this “next gen” console thingus. I’m just rambling. For the most part. But. It’s also a review. So. LIKE IT!

Sure. In the past twoish years or so. It probably would seem that I’ve become a bit of a Sony Playstion fanboy. In 2013, I bought mysef a POS3, and.. I couldn’t have been happier (aside from the fact that the only way I could play Mass Effect {the first game]  would be by purchaseing the “special” trilogy set of games). I loved my previous X-Box experience. With both of their prior systems. But with this eighth generation experience – I just couldn’t find anything wortthwhile. At all.

In comparison to the PS4.

Calm down. Remove the sand from your female genitalia. I’m not trying to start a console war. But…

10. The XBone? It has NO games that I’d care about. Halo? There’ hant ben a reason to play a Halo game POST-halo 3. Period. It’s become about as redunant as purchasing a COD or Madden game at this point. ALMOST. Gearts? never cared. HOWEVER… When the Fable 4ishthingus comes around? I’d be interested. Not enough to buy a console. But instrested.

9. Shut up PC Master Race. if you notice 60 FPS in comparison to 30 FPS. You are Rain Man. In denial. Shurt up. Although… you’ve got a point in that you’ve got bankwards-compatibility at your fingertips. Period. But still. Shut up. crime. For me, personally, I’ll never be able to use a PC as my gaming system. It’s just… unnatural. Maybe that disqualifies me as a “hardcore gamer” or whatever. but ohwells.

8. It TOTALLY sucks that the PS4 doesn’t allow image/song/thingus saving. Thanks to this, AMAZING~! TOTALLY necessarity. Eight generation of consoles. (From my experience) Most multi-platform games are completely doing away with things such as custom soundtracks. I hate this. So much. From what I know the ‘Bone at least allows you to save songs, imaghes, thingues, to your hard drive. The ‘Poor doesn’t. And  it sucks. A LOT.

7. There was NOT a need for this “Eight Generation.” Yest. I mean. Seriouslt. I made this point in this rambling. But. Come off it.

Be all? End all? If developers didn’t give a shit about two generatyions? There’d be. NO DIGGERENCE. Dicernable difference. Unless. You’re Rain Man. Againl. yes. Destiny is a cross-platfrom game that had WAY too much moneys thrown at 9it. Still man. I’s ovviousl. The money was thrown at Giving a shit about the “last gen.” And… not much else.

THERE’S NO POINT TO THIS “EIGHT GENERATION” OF CONSOLKES. PERIOD.

5. Serious review time? I absolutely love how the PS4’s contoller feels. Seriously. It’s the perfect fit in my hands. Landies with a size-six ring-finger take note. WHAT?! Although… my last playing experience (I’ll explain that experience here in a minute… but I really probably won’t) the “triggers felt a bit too sensative. Forreals.

4. Thus far I’ve only played three (multi-platform games) and… While I do see some things that are amazing. Graphicxally. I still struggle to see why these thinguses NEEDED to happen ONLY on a “next gen” platform. Basically. Sure… there (more than likely) are tech specish thinguses that I don’t understand. But. Forreals. With the raping of (for instance) WWE 2k14. How EVERY creation/awesoem feature was removed from last/next gen systems… Yet there was a random “My Carreear” mode added to ONLY “NEXT GEN.”But… DANG~! DARN~! DANGNIT~! “LAST GEN CULDN”T SUPPORT IT~! JUST CAUSE~@!” All of my fears about this “Eight Gen.” Were confirmed. For the most part.

3. I LOVE hearing shit from my PS4 controller. Hate me. Slay me. Whatever. But when dev’s give a shit about this feature. Thus far, from mhy experience?It’s been amazing.

2. The Share button. Hate me. Slay me. Whatever. But fuck you. I’ve already made GREAT use of hise “Share Button” thingus.

1. I DO NOT want to start a console war. But… Tell me. WHAT other system allows THIS much of awesomeness?

The fucking decals on the controller that create a lit-up Batsymbol? Fuck you XBone. You, sir, are disqualified. BNoom.

This isn’t the PS4 Review you’re looking for. 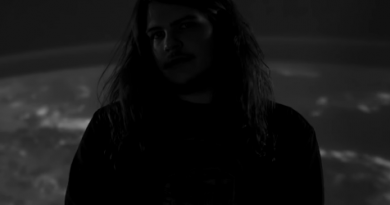