It’s Christmas seasons. End of the year season. All of that. In the near future, I’ll do the big, “End of the yeaness.” But before we go there. Ifigued, I should first give credance to some of the other stories that happened.

As far as this here rambling goes? Don’t expect anything about…

Instead, I’m going to be focussing on stuffs and things that I care about. Maybe they’re dumb, little stories. Maybe it’s RyansDrunk.com related. Maybe it’s just. Whatever little, dumb stories I remember.

First off, let’s go with my most popular RyansDrunk.com Rambling oif the year.

Suicide Squad. Mosty I want to talkabout this because I’m fresh off of my second viewing of the (not s0) Exxtended Cut.

But Suicide Squad almost got Rotten Tomatoes shut down. But nt really. There was that petition that went around. And then after that news cycle, it all died down. But it’s still this bizarre, but awesomely dumb story.

Basically, man. Wehn it comes to Suicide Squad The movie’s good. Period. There’s dumb things. There’s awesome things. And like. I’m pretty sure i liked the movie more the secon time I watched it. But still. The Suicide Squad/petitiion story is awesomely dumb enough to mention how awesomely dumb it was. And remembering it. Because. 2016.

This is about a good-a description of 2016. In a nutshell. Like. If there was some sort of timecapsole. And you wanted to know what the year 2016 was like. It would be that little gif image there. That encapsulates it all just persfectly.

And. I promise that’s as political as this rambling’s going to be.

Just a few weeks after I wrote a rambling, which also happened to be one of the more popular ramblings o the year, semi-subtitled, “Don’t vote for a criminal…” Anthony Winer, elegedly became a criminal.

There were so many Ghostbusters controversies this year. Which, Like. Just. Don’t. Right?  But. This was the one that caught my eye. And. You know. Made me want to do a whole Youtube rambling about it and such. And it happened to be my most watched Youtuve video yet. SAo.

The Drunken Radio Network officially came to an end. Without a bang or a whisper, really.  And I’m still in recovery because of it. Maybe. Kinda? I dunno. 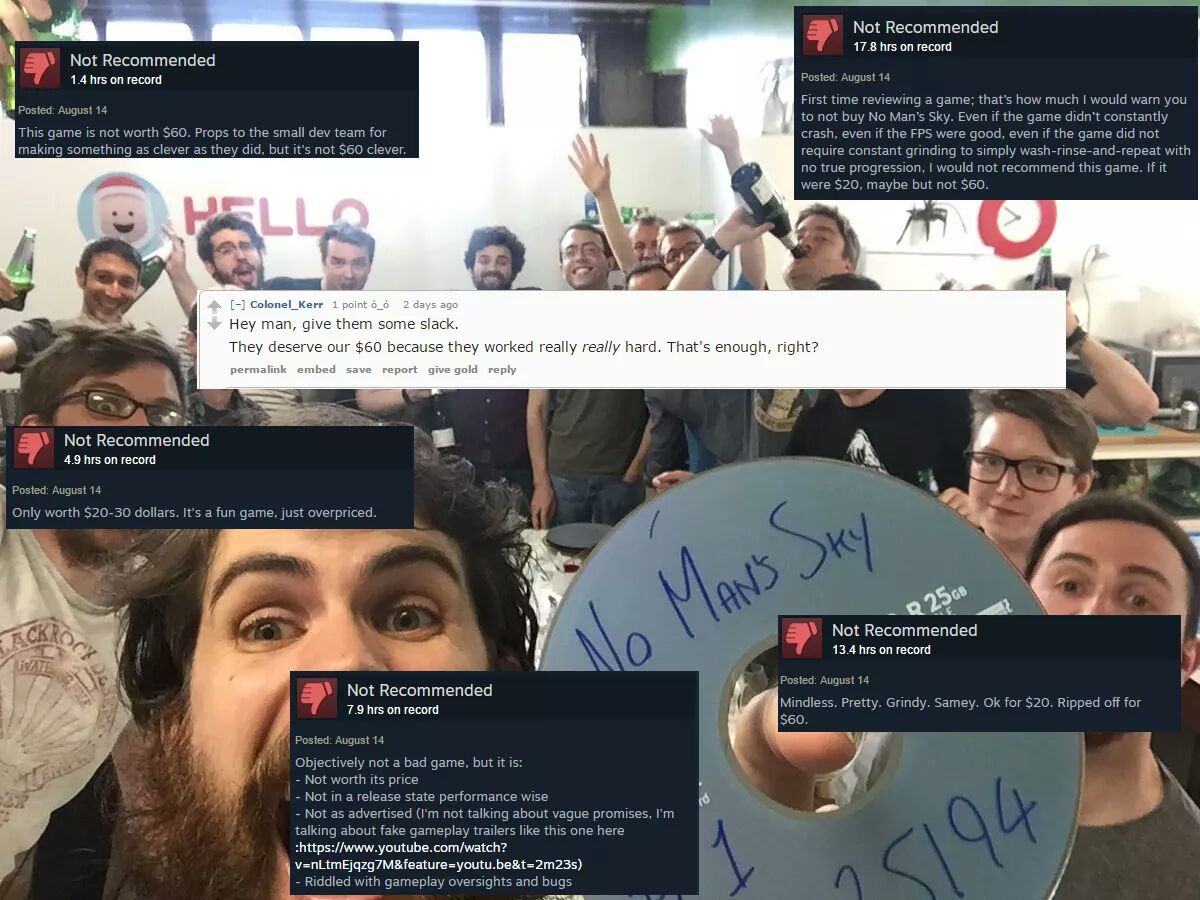 No Man’s Sky was a game i was REALLY looking forward to. And then. You know. All of that happened.

AJ Styles actually came to WWE. he would even become WWE Chapion. And yet. I’ve damn near completely fallen out of love with most anything to do with wrestling (you have NO idea how much I LOVED the SmackDown audience when AJ finally squashed, the dude whose gimmick is he doesn’t have a chin and how he was booed out of the building, legit, I can’t think of his name, nor do I give two shits).

Althgh, Lucha Underground had one of the best wrestling matches I’ve seen in YEARS. Killshot vs. The Moth… person. I don’t give a shit about this “glass cieling” nonsense.

And just. Humanity. All o us. We all are ReJects. If 2016 has proven it, nothing will. Humanity. We humans. We’re all just. Dumb. And lame. I mean. Don’t get me wrong. We’re also awesome. Life is, legitimately, beautiful. But. It’s just about time to call it a day, right?

Be it the atrocities going on in the Middle East, Allepo’s nonsense. ISIS. All of the nonsense.

To those that blindingly loved Donald Trump.

And eveyone that was going to move to Canada of he won the election but didn’t.

And those rioting because he was elected.

And those calling him the worst president of all time, even though he hasn’t taken office yet.

Everyone that had a HUGELY passionate opinion about Ghostbusters.

Humanity. You are, pretty much, the BIGGEST ReJect of 2016.

There’s probably lots of other things I’m forgetting. I know that there are. But damn it. I’m basically sober. Have been for a little while now. I just wanted to have a couple drinks tonight. Write some stuffs. And have a gay ole’ time. But allas. That’s pretty much it.