Tryth be told, I don’t know if this is a major thing thoughout most of the world. I don’t know when, all of this started exactly. All I know is that here in America, this has become way too much of a problem. And it’s stupid. It’s one of the many-a thing I’d often discuss on the ole’ Drunen Radio Network. Nyt never in these direct words, I don’t believe.

Abd it’s never been given a Drunken Rambling treatment, to the best of my knowledge.

The great divide. What is it? Well, it’s a phrase that just came to me as I was trying to thingk of something to write about just now. But it’s no secret that America is more deivided now than it hads been since the civil War. It seems as though, especially through newsmedia that we all are supposed to hate either other. If I’m white, I MUST hate black peopleand vice versa. i’m pretty poor. So I MUST hate the richh. And vice versa. Etcetera eceters.

I have a theaory about when all of this really began. Or at least th modern batch of it. Because, like, I’m sure things were bad in the Carter era. And Reagan. And everythone thought that JFK was a communist and all of that. But when did this all come about recently? What was its inception?

And as far as one, speciific, more relevant instance of this great divide is concerned, it all began here…

Here he was. Thre great uniter. Out first black President. The man that went on AbrahamLincoln’s innugaral trail, journeyness thing. Prior to this moment at the press conference, race relations in America were, seemingly at an all time high. But instead of taking the uniting role, the president decided to begin his division.

During one of, if not, his first pres conerfences as POTUS.

And Fox News ate it up. “We are the 99%!” “There are 47% of the people that will vote for the President no matter what.” “If I had a son, he’d look like Trayvon Martin!” “If a gay couple came in and wanted us to provide pizzas for their wedding, we would have to say no.” “Hands up, don’t shoot!”

And. There’s just. Too much more.

WAY to god damn much.

This is still one of the best “supercut” type thing eever made.

But the point is. 2016. We;ve all allowed ouyrselves to become so God damn devived. That we’ve SOMEHOW been able to CON-FUCKING_)VINCE ourselves that if you’re voting for an R or a D in the up coming presidential election, there’s an ACTUAL difference between the two.

Forreals with this shit. This time.

I don’t have some sort of great solution to all of this nonsense. I don’t. I once thought that the answer was, “In order to fix America, you must first fix yourself.”

I under stanfd that the racial tension between bl;acks and police officers is something I won’t understand. Even though facts are “on my side.”

But even saying, “my sides,” makes me a total fucking cunt. I get it. I truly. Honestly. Do.

The. Absolute. Fact. Is.

We are ll human beings. We are all Americans. We’re nEVER going to agree 100% of the time. But that’s the whole point of America. This Republic that was built.,

The general solution to all of this divide is simple. So simple that Will. Fucking. Farrel. Put it into his random movie about basketball minor league things.

MOST of us can agree. 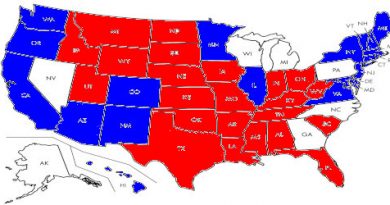