So. As of now. I’m not drunk. I’m going to be drinking throughout this. Obviously. I’m a bit behind. So. This isn’t the place to come for “UP TO THE MINUTE RESULTS~!” Because. Like. Why the hell would you think that? Plus. I’m like. 40 minutes behind because DVR’s are awesome.

But this should be fun. I’ll try to give some sort of time stamp. Just cause. And. If you stay on this page here, it’ll update every few minutes for you, automatically. For my latest thoughts on results and such.

I’m pretty sure that the map’s wrong right now. But that’s what I’ve got so far.

But from what I know’s going on it’s getting a lot closer in the electoral count.

And. All I’m hearing from Republicans is, “OH MY JESUS, WHY DIDN’T WE NOMINATE ROBIO?!”

This is just. so. stupid.

Still not seeing the updated numbers. But it’s awesome thatRepubs are doing faily well in both the house and senate.

So. Now that the map’s been updated a bit. I think the numbers are good. But the map’s wrng? I don’t know.All I know is that it’s looking pretty damn good for Donald Trump. And. It’s pretty God damn shocking.

Last night. I watched the “film” if you’d like to call it that. The Sociopath put together by Never Trumper Ben Howe. It damn near brought me to tears. I watched it again this afternoon. And I was weaping afterwards.

Nothing to do with the election results, exactly. Just. Thought I’d share.

I forget what I wanted to say here. Just listening to some awesome conversations.

So. From my behindness. I know the electoral count is correct. But I’m pretty sure the map’s pretty lame.

By the looks of things. It’s really close. Donald Trump really could win this thing. Which is.Beyond crazy. For the most part. I mean. I’ve written on this website, that you can view right now. “When Donald Trump loses…”

At the same time. I’ve also known. Learned from the primaries. You just. Can not count out this guy. At all. Just when you think he’s the biggest joke candidate ever. His semi-cinile supporters give you a huge kick in the balls and he pulls it out.

I’ve expected, pretty much he whole time that he’d lose. Sure. But I wouldn’t be OMG~!@ SHOICKED~! HOW CAN THIS BE~! If it happened.

No matter who wins this time. I’ll DEFINITELY be listening to both this song. And this one. A lot. Tonight. Because. It’s kinda tradition. And because it’s true on both sides this time. So.

So. I decided to do a one. Two. Ski[p a few. And went ahead and did the ACTUAL up-to-the minute-ish electoral count and map. Ness. AndStuff. And like. This is just insane. For the most part. But. Cool? But still. Fucking insane.

Just to put some perspective of what I’m watching and getting my news right now. As far as how far bhind in time it is. Because DVR’s and such. Right now. Their electoral count is 131 167 I’m just pointing this out. Just cause. Mostly. This new update isn’t based on “my news soucre. I just wanted to get some spoilers. I guess.

Mostly, I haven’t done this due to laziness. But. Right now. Legit? I want to reregister to vote in Colorado. I want NOTHING to do with the Republican party anymore. At all.

I was worried about the “inevitable” Hillary Clinton landslide. I expected Trumptards to riot and shit. Right?

I never considered that Hillary supporters or those that FUCKING HATE~! Trump would do the same. I don’t know why I couldn’t expect the same. But like.

What’s Hillary going to say if she loises? “HEY~! Even the opposition said the system is rigged~!”

Legit. I just posted the last thing I wrote. On Facebook. Right?

Someone comented, “Should of been Bernie.”

I replied, “Should have been Rubio.

That is, if we’re playing the, ‘HEY!~ LET’S PLAY THE WHO COULDA WON AND BEEN AWESOME~!’ game.”

That same person replied, “Who?”

“Wouldn’t you love to be a fly on the wall of wherever Hillary Clinton is right now”
-Glenn Beck on my TV just now.

The BEST news to come from tonight? Lena Dunham is leaving America.

This is. UNDOUBTEDLY a positive.

Glenn Beck is talking about Anthony Weiner WITHOUT mentioning Weiner/Holder 2016?!

Because. Donald Trump is our new lord and savior. Might as well remember the last gasp hope to reach out to Christians. In the Catholic Church. Right?

So. A couple hours ago. I said, “It’s pretty awesome that Repubs are holding the hsue and senate.”

But. Now that it looks like Trump’s winning. That’s probably not so good.

I have no idea anymore. Everything that made sense two years ago. Is COMPLETELY upsidedown. I have no beliefe in. Like. Anything. Anymore. At all.

Npone of this shit makes sense.

The biggest question of the night? What does House of Cards do from here. Right?

So. legit. I actually believe in the “conspiracy theory.” Whatever you want to call it. That Bill Clinton convinced Donald Trump to run. All of that. Right?

What the hell? Right?

This is just insane.

IO believe. Without a shadow of doubt. It’s time to start the Andromeda Initiative.

And Nevada went to Clinton. And… Trump won something else. Not sure what. Because. It says so on the map. Right? Am I making sense? Probably not.

There goes my post-debate writing about “how we all gotta come togehter.” Because. I guess that won’t make sense either. Probably.

From the TheBlaze TV. Again. DVR’s are awesome. But just now. They just reported. By quoting ABC. This is a record turnout ofr Evangelicals.

How in the living Christ does ANY.

“Christian” come out. IN FULL FUCKING FORCE in support of someone. Like this? 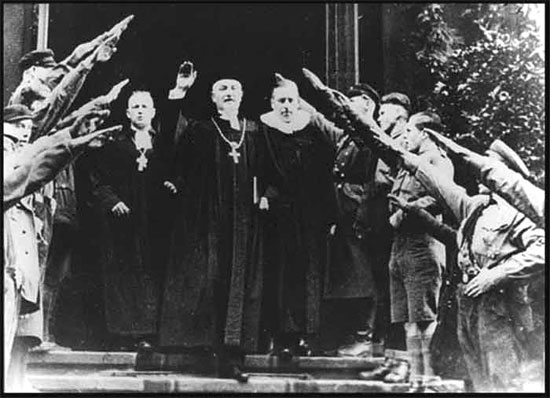 Sean Hannity. YOU OWN IT! ^

So. Since. TheBlaze is kinda lame. Lemme. Google the Actual. Up to dateness.

Hang your head down. What have you done.

It wasn’t a “close” election. But. Still.

Hang your head down. What have you done? Hang down your hewad. And cry.

But still. I’m going to be writing something. Amazing. Check it out in a couple of days.

I Want to Play These Games