I’ve doe this for the past two elections. So. Of course I’ve gotta do it tonight.

I’m so far behind. So… I’m just gonna jump right into it. As always, refresh frequently as I’ll be updating with my thoughts with a timestamp as I write them. Fun times.

8:14 PM: So, I’m mostly going off of google. But this here is Illinois politics at it’s finest, right?

8:33 PM: Man, it’s pretty crazy how much Biden is leading Texas at the moment.

10:14 PM: My bad dudes. Focusing on this now that I’m done talking with Dave.

10:43 PM: I mean… the betting sites have got Trump winning by 72%. Chinese Markets have started crashing now that Trump is getting close to victory. So like… I dunno dude.

11:27 PM: Sorry, I just ate my dinner, finally. But uh… I just saw a crazy map of Michigan where like Biden’s winning something like 4-7 counties. The rest is Trump. Craziness.

11:30 PM: TheBlaze has called Ohio, Floria, and Utah for Trump… AP/Google is only calling Utah though…

11:37 PM: Lemme remind you, I’ll be listening to this soung by the end of tonight. No matter who wins. As per tradition.

12:03 AM: So far, no electoral points for Kanye. Obviously, we need to move towards a national popular vote model. 🙁

12:30 AM: Apparently, Biden’s got to go to sleepy sleep. And he’s gonna make some sort of statement soon.

12:42 AM: I don’t care that Cory Gardner, who banned birth control in 2014, lost his senate seat. I don’ care that Trump lost Colorado. I care that there’s like 15ish laws in Colorado that SHOULD NOT pass. Period. And the fact that Trump and Gardner lost… makes be wanna quote Frank Reynolds…

12:45 AM: Biden just mentioned Scranton… I’ll chug a drink. for the record.

1:33 AM: Texas was officially called for Trump. So. There’s that?

1:38 AM: So… yeah dude… again… if Trump wins the states he’s leading? He wins the election. Period. Pretty sure.

1:54 AM: Well… the betting odds have changed a significant ammount…

2:18 AM: So. I guess… it’s kinda cool that America’s got its first congressperson, born in the 90’s, to serve in the house… that’s cool? Right. OK BOOMER!

2:29 AM: I just wanna say. It’s fun/funny as hell to see Kimberly Guilfooyle in the front row clapping all happily and stuffs. Just saying.

2:40 AM: Trump was all on about “OMFG dude, they’re stealing the election we’ll take this to the supreme court!” Bruh.

3:06 AM: So… SOrry… I was busy looking up the Colorado laws. Google didn’t give me any conclusive results. And like… all still looks good for Trump. According to google/ap. So.

3:18 AM: I just can’t get over how dumb ass Trump was. Dude’s leading in all of the battlegrounds. ACCORDING TO AP/GOOGLE (I mean, let’s be honest AP is the biggest fan of his, out of the two mentioned), out of the six or so? He’s winning beyond the margin of error. Amd sure. His propoganda wing, Fox News, went absolute ape shit tonight, OR…. whateer happened there, I was watching a Blaze stream the whole time. I don’t fucking get it. Why in the living cunt did the dude make a speech about, “Bruh, we know they’re cheating and we need to gho to the Supreme Court to fix it!” W…T… F… How cunting stupid could you be dude?

3:38 AM: So… I did the maths. Personalls. If Trump loses Pennsylvania. But wins all the other states (you know, the ones seen above) he still wins. So…

3:41: AM: REMINDER: I’m not good at maths. At all. But apparently, I’m good enough at maths to run logistics for an up and coming restraunt franchise… this one time… so…

3:49 AM: Guys. Again. I’m less scared about who wins the presidency. I’m FAR more afraid of the batshit insane laws that Colorado has voted for. So. Legit? Colorado voters, apparently decided that, “Yeah dude, let’s introduce some gray wolves into this mess.”

3:51 AM: The ONLY good thing that could POSSIBLY come from this is that the Colorado deer population goes down. THAT’S IT. Jesus Christ. Fuck colleges.

3:55 AM: Dude. I’ma be a racist, homophobic, xenophobic, cannibal (or some other ridiculous shit, like, “Cory Gardner banned birth control [in 2014].“) if I say anything else. Thankfully… it’s illegal in Colorado to admit who/what/etc. you voted for so…

4:14 AM: I’ve resorted to watching the ABC News Livestream. Cause. At leas, as lame as it is, George SteffanoppalClintonperson is still on live. Gotta give George some respect? Or something? right?

4:23 AM: Jesus Crhsit. Chris Christie is, LEGIT the only “right leaning” voice on this panel of nonsens that includes Rahm Emanuel. FFS/

4:30 AM: I mean… nothing here is new… although… listening to ABC news… Arizona isn’t “called,” but… whatever. Nothing new has changed here in the last two hours or so. but…

4:35 AM: The fuck? ABC news just now called Hawaiie for Biden? Is this live? is this real life? I ean. I’m listenign to Rahm Imanuel person thing. Being treated as a LEGIT pundit. Same as Chris Christie too. Just. Ugh. Think I’m watching a rerun.

4:46 AM: Welps. You MSM assholes have brought me to this place. I’m going to now put Fox News (whose election projections and shit’s been terrible tonight, according to Trump supporters, so har har!) on my television fgor the first time, by choice, since like… 2017, pretty sure. And Back in 2017… there was some sort of corpse of the show Red Eye still in existence. Hence, I watched Fox News back the,. But whatever. Putting Fox News on now. By choice. Cause… whatever. TBH, I’ma probably flip back and forth between them and CNN. Both should be fun.

5:21 AM: So uh… I’m calling it for me, dude. I don’t care. Whatever. Hate me. Slay More. WHatever bruh. I’m kinda done. I mean. Again. I’ve been DONE with politics when Trump won the Republican primary in 2016. So. I dunno dude. Don’t tjhink much has changed. Buty. U’kll leave you with the latest map. According to AP/Google. 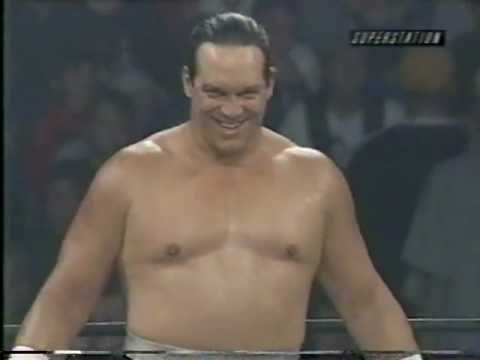 I know nothing. And I’m you’re humble drunlard from afar. Ya’ll take care. Do well. Hope so. All that. Love you.