I know. That this rambling here. It’s the MOsST CLICKBAITTY RAMBLING IN THE HISTORY OF EVER~!

I know, dear reader. You should expect more from me. Me. Your humble drunakrd from afar. You expect more from me than clickbaity headlines. I know. I’m sorry. But I had to resort to BuzzFeed level tctics. BEcause. This rambling. As I’m sure you already know, you, dear, intelligent, amazing reader of mine — hasds to deal with Donal Trump Junior’s allegedy collusion with Russia.

I really don’t know what to say at this point. |

The media’s been. You know. Obviously foaming at the mouth about all of this.e. Donald Trump Junior OBVIOUSLY colluded with ther Russians. Imean. HE released the Emaiulse HIMSELF. It is NOT fake news. It’s pretty much fact.

The answer to that direct qeuestion is: Yes. Yes. Donal;d Trump Junior. AT THE VERY LEAST. WANTED to collude with the Russians. I mean. Let’s take him at his own words, right? I mean. Right? Right?

Look. I intended to have some sort of “HIGHLIGHTED~! EMAIL CONFESSIONNESS~!” sort of image that CNN and the like have been touting. But. I couldn’t find. Even in my quck search of Juniors’ emails themselves a good image where I could highlight his words and show them to you. I guess. I’m about to (KINDA… and a STRETCH… KINDA_) criticize joulnalists. Wghilst being a lazy “journalist” myself.

The point is, man. This forthcoming thing that I’m requesting yopu to watch is. You know. VERTY vbiased. I mean. VERY biased. BUT. It probes a VERY larger point that this rambling is all about. Again. I ask you, dear reader to watch this.

As an American citizen. Belonging to no “TRIBE.” I can tell you that I’m Very. VERY concerncened. About this. At the same time. I know that. Without a sahadow of douvt. The Russians has 0.000000001% of an effect on the 2016 election. In America.

The Russians. Obviously tried to make an effect on th electoion. Withouth a SHADOW of doubt. They TRIED. AND. WANTED to efect ther election. Periiod. I’ve been… or at least tried to have been consistant on this.

HJust this last week. About ALL of this. Tru mp Jr’s arguement, for the PAST TYEAR was, “No, there was never, EVER a meeting.” Then it iwas like Saturday of last wqeek. You know. July 8th. Year of our Lord. 2017. When he changed his arguyment to, “Yeah the meeting took place, and it had to do with adoptions.” Wgen. Finally. He changed his tune yet again to, “Yeah, the meeting took place, we were looking for information about Hillary, but nothing happened.”

Again. ALL of this.

Cpoming from someone who said THIS. LESS than two moths after the meeting ACTUALLTY t9ok place:

Essectionally. He’s saying there, “Pfft; We’re ‘meeting with Russians?’ The Democrats will say anythin to win~!” Even though. You know. He met with Russiuans. LESS than two months prior.

Firstly. Too my friends on the left.

I’m glad you realize Russia is a, you know, (PROBABLY THE_) MAJOR Geo-political threat to America. I mean. I thought the 1980’s were calling or something. But hey. I’m glad you now understand Rusdsia is a major threat to us. You know. Now. So. Hey guys! Thanks for being consistant!

Where did you go?

You you… ypu know…

Did you… I don’t know. Stop caring?

I mean. It wasn’t THAT Long ago when you ALL gave SO MUCH OF A SHIT ABOUT… You know… this…

But HEY~! A “Republican” is now President. So…

In this world. The makes… BASICALLY. 0%^ sebnse. the ONLY thing that can POSSIBLY make sense is consistency. I have arguments in my head about certaim policies and such. Sure. Have those, dear reader.

NO ONE. Not the Media. Not the left. Not the right. NO ONE is consistent. Ever. And it’s ZVERy VERY troubling. 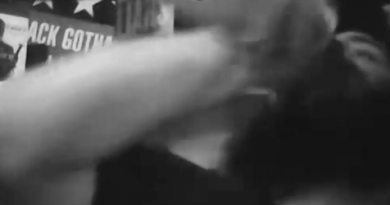 The Sate of the American Union