Not my words. The words of the Modern Day Beetles., The Glorious Sons!

Forreala. I’ve yet to her a song of theirs that I didn’t like. And. I mean. I’ve pretty much deep cutted their library.

I[m so done with this world. THis world is so god damn insane. That like.

Democratic Socialists. Have it in them. To make MARK FUCKING ZCKERBERG… a sympathetic person. Dude. Like. WTF? AOC? How are you doing this? Thanks, AOC!

Oh my Jesus dude. Just. Fuc off. This is coming off of when Ted Cruz and other peoples I actually liked totally crucifed the dude too. Ugh. This is so agregious.

“Libra” is probablu a dumb thing. Most likely. But AOC is being WAY too AOC here. Just.

Zuckerberg NEEDS to pull a Howard Hughes. And fucking ragequit these congressional hearings.

Where the fuck is Congress hauling Google execs into hearings due to their work on “Dragonfly?” Right? If ANYTHING… at the FUCKING LEAST that investigation has some sort of “national” merrit. Not some bullshit about how much Russia influenced people on Facebook in 2016. Bitch. It’s been proben to death now. Russia, though they meddled, much like the Obama administration meddled in the French election, didn’t realy affect anything.

If anything. THey proved that boomers should be using the internet. Something that like… 4chan memers discovered a decade ago. Right?

This is all so fucking stupid.

This world is so fucking stupid. Remember when the President NEEDED to COVER UP a CRIME… that was something that would cause impeachment inquires? Instead. All we need is for some dumb ass, Eric Ciaramella, to suspect that the president asked for “quid pro quo,” even thought there’s a transcript, even though the Ukrainian prime minister/president/whatever person admitted himself, “Nah dude, I wasn’t pressured by Donald Trump.” We’re all supposed to believe Eric Ciaramella. JUST CAUSE!

But this world is so God damn rediculous. I just. Ugh dude. I can’t fucking take it anymore.

I NEED to do podcasts again. That’d at least be theraputic enough to make sense of this shit. Merhaps.

I was RIGHT GOD DAMN THERE WITH YOU. Donald Trump was a dictator! Future Hitler and shit. Then. Leftists started rioting the next day. Leftist organizers began putting together rallies on innaugaration day. Ya’ll were bitching to impeach him then, when nothingh appened. He didn’t do anything.

OMG… WE NEED TO INVESTIGATE AND IMPEACH THE MOFO FOR THIS!

The dude only said, basically, “So, you need to look into corruption in your government, I’m not even sure I can trust you.”

And, “Joe Biden,” within the same conversation! OH NOEZ!

Did The Last of Us just happen?

Dude. I’m generalizing all over the hell here. But forreals. You. The left. Have turned this NEVER-Trumper into a flow-blown Trumptard. You did that. I mean. Don’t get me wrong. I’ll never be a full-blown Hannity/Lou Dobbs esque siccophant. But. Damn it.

Does it NOT get ANY more, BLATANTLY “quid pro quo” than this? The fuck dude? Fuck this…

I’m on the Trump Train.

I wanna look at you and feel something other than pain.

ABC defends themselves by saying, “we have standards” and whatnot. Nevermind that shit. Here comes some Brett Kavanaugh accusers! And… nevermind Syria footage…

But. Hey. Those at ABC. They respect whistleblowers like Eric Ciaramella SOOOO GOD damn much that they won’t say his name. Even though. You know, Republicans, Trump, etc. Are BEGGING for the dude to testify to Congress during this nonsensical impeachment bullshit. But ABC, hell… all of the mainstream mediea… shit… I doubt even Fox News has released Eric Ciaramella’s name yet (but I could be wrong… I never, ever WATCH Fox News)… so… Don’t confuse me with a MediaMatters employee or something.

But yeah. ABC won’t talk about Eric Ciaramella. But… the person that, *gasp*, dare I say, whistleblew the Amy Robach video… ABC contacted CBS News and they were like, “Yeah, you should fire that person. You know. THat whistleblower. Even though we protect whistleblowers! We’re ABC News! We’ve got ‘Tegridy and We Approve this Message!” Or whateveer.

I wanna be normal.

I wanna be sane.

But forreals, ‘twon’t happen on this plane.

This world’s gone too batshit.

Just for the lolz… I’ll leave you with the best Epstein meme I’ve seen. Since. Like. These are everywhere. Even on my left-leaning-filled Facebook. 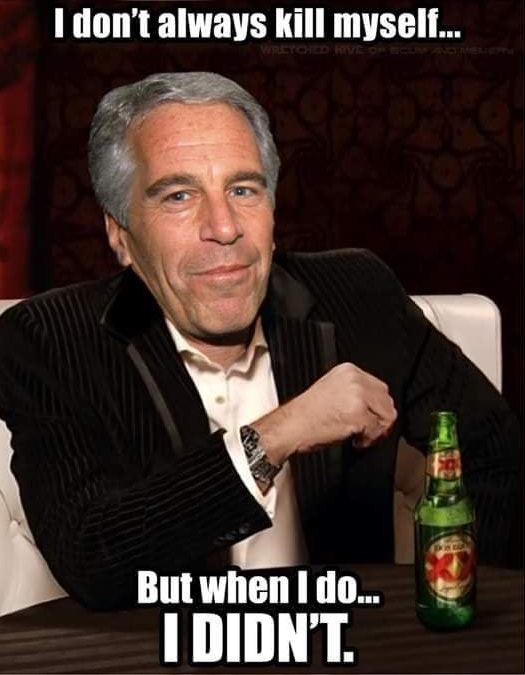 Oh shit. I forgot. One of these times soon I should do a rambling about this…

Sorry… this is what I’m leaving hyou with…

This Disastrous Season of Tough Enough 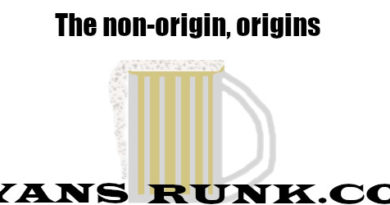