So, as I write this here, right now. I am, in fact sober. Howver, I’m going to be playing a drinking game whilst watching this trainwreck. So, this should be pretty interesting. Kinda. Right?

I’ll be playing this game from DebateDrinking.com (with a few rules added by me).
Drink when Donald Trump says:

I’ll also be taking a drink whenever either of them says anything crazy that’s of note. I’ll be taking notes of each drink I take here. TYhey’ll be in numbered in parenthesis. This will all make sense when it gets going. No worries.

A quick word about all of this. I’ve checked out of this election months ago. I’m watching this debate pureply for the “entertainment.” So. Yeah. Stuffs. Stuffs. Things. Words.

And here we go.

So. Smething about final thoughts. Or whatever.

There were ONLY six “Batman facepalms” used. So… it’s not QUITE as bad as I thought it would be, I suppose. Although, I suppose I could have used the facepalms a couple of other times. But still. Ridicuoulsness all around. Obviously. And. Just. Dumbness.

Who won this debate? Like. WON it? Neither of them, honestly. Not to say they didn’t make good points on each other. This one went to a WWE-style time limit draw. No one won it. It was basically the Rusec/Reigns match from this same Monday night. The thing lastest WAY longer than it should have. And in the end, no one won. And the whole thing was basically pointless.

Which. You know. Pretty much sums up this ENTIRE election cycle.

But. The obvious loser of this debate? 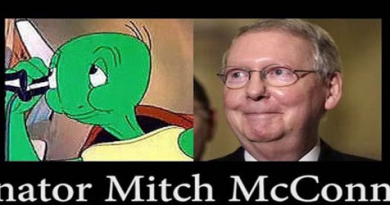