Getting the obvious out of the way.

Like… I have no idea where to begin with anything anymore man. I’ve beensaying this since last year. And since this is the first political rambling of 201678, I suppose it’s appropriate both sides are so stupid. Repubs. Dems. Just.

State of the Union. Happened. And like. Dude. i couldn’t care less about these things. It’s just pomp and circumstance that gives the Executive branch more and more pwoer. We don’t live under a Kingshoip, dude. We don’t need these theatrical peieces of bullshit that Woodrow Wilson invented.

I didn’t watch it. Nor have I ever watched one of these thingsNor will I ever watch one of these things. Because. As I mentioned. America doesn’t live under a king. The Constitution only requires the President to adress Congress “from time to time.” This yearly, speechy, bullshit that it’s come is bullshit. Period.

But I’ve seen the bits and pieces that are/were/wahtever important.

I mean, sure. This stat fdoesn’t SOLEWY belong to President Trump. But like. Come on dude. But like… HOW IN THE LIVING FUCK does he Congressional Black Congres not applaud or acknowledge that? Right? Are younot members of CXongress there to SPECIFICALLTY represent the black community? And this isn’t good news to THAT specific demographical constituenceness?! Jesus Christ dude.

Hate Trump all you want. But. FFS. Come off it.

And. I mean.Democrats did this type of song and dance throoughout all of the SToU.

And it was dumb. Stupid. Divisive. And everything else.

However, Mr. President Donaly Trump. Out of EVERYTHING ther Democrats did during your State of the Union Adress. The one thing they didn’t do. Was commit treason.

You, Mr. President. SHOULD have the absolute respect for this word, as they throw it towards your way every other day, than to just say it about them, “just cause.” “Just cause” they didn’t agree with me. It’s treason. No, Mr. President. IT IS NOT. In fact, I’d argue your calling the Democratic represntatives actions, “treasonous” because they showed their displeasure towards you treasonous. They executed their First Ammendment rights to disagree with you. By calling them treasonous. Is just… wrong. Easily put. You should know better. But you have the mental fortitude of an eighth grader. So. You don’t.

The democratic representatives that didn’t applaud things that ABSOLUTELY were non divisive and healthy for the Constitutional, Democratic Republic that is the United States of America. Was dumb. Obviously. Treasonous? Far from it. Come off it.

Also. Even more moronic was their refusal to applaud you, Mr. President, when you offered up something they’ve been “fighting for” “for years.” In amnesty. You handed amnesty legislation to them on a silver platter. Did they acknowledge it? Did they care? No. Because amnesty is NOTHING but a political win for Democrats. And that’s all that they care about. NOT the principle of the matter.

But then again. It’s just a talking point for Republicans now too. It’s just a race to “WIN THE HISPANIC VOTE~! KABLOWY~!” Such dumbness.

BUT HEY! Chief of Staff John Kelly said that the President said that DACA people are lazy!

I’m only going to say this:

Because the media’s using this as a bottom-level argument, I’ll throw one back at them.

I know, off the top of my head 100 people. In America. (I mean, obviously more than that given the scope of my family) Out of those 100 people. There’s a good… 10-25 of them that are lazy. Mysel;f oincluded, most likely.

Shut the fuck up and get over yourself. Of course there’s lazy people in that bunch. Shut up. Stop it.

The big news over this past weekend was the release of the FISA memo.

And. Both sides. Trump lovers. And. Trump haters. Both sides have said: “OMG~! THIS PROVES THE OTHER SIDE IS CORRUPT~! AND OUR SIDE IS PERFECT~!” and/pr “SEE! I TOLD YOU IT WASN’T A BIG DEAL!” BOTH SIDES. Have said BOTH THINGS.

All the FISA memo showed was… DUN DUN DUNNNN… Russia was playing both sides. Democrats and Republicans. During the… (shit, I swore I’d never talk about it before) event that took place a little over a year ago. Hillary and Trump’s camp were both dumb enough to fall for it.

BULLS ON PARADE~! Or… whatever.

Honestyly man… after watching that video? I’m more and more fine wit hthe idea of an American Military parade. Like. Upon first hearing about it. The classic liberal in me is all like, “NO DUDE~~! HITLER~! STALIN~! MAO~! JIM JUN~!” All that. Anmd. I mean. Of course I stand by those sentiments.

But now? I guess… the biggest gripe I, personally, have with the whole situation is that it’d be a gigantic waste of tax payer money. Money that would, OBVIOUSLY be better suited to make sure our soldier and veterans are well equiped/paid/compensated/everything/etc. You know?

The “IDEA~!” of the parade scares me a whle hell of a lot less, thank WashPo.

And. As far as thje, “OMG~! MOILITARY PARADAES ARE WHAT NORTH KOREA DOES~! HOW COULD WE DO THIS?! :(” Argument goes. Especially when coming from the legt…

Hey dudes. Glad you care about the threat that is North Korea. Sit down at the table with me, let’s have a chat.

I mean. Sure. I’ve worried and hmm’d and haw’d about Trump’s unpresidential behavior when it comes to North Korea. I mean. You know. “Little Rocket Man” at the UN. “MY NUKE BUTTON’S BIGGER THAN YOURS~! BELIEVE ME~!” All that.

Since Trump’s rhetoric has been all like “Shut up, dick, I’ll kiclk your ass.” in nature. Sure. It’s unpresidential. Sure. It goes agains t decorum and everything. Sure. It’s dumb.

But like. So is North Korea’s rhetoric. Innit? It’s “unpresidential.” It goes against decorum. Everuything else. Right?

I mean. This. THIS happened. You know? Pretty sure Trump’s “bigger button” comment followed it. But. Still.

I’m damn near postive there hasn’t been any sortt of “GONNA KILL YOU U.S.~!/JAPAN~!/SOUTH KOREA~!” talk or missile tests since. Could be wrong of course. But still, the tough talk has seemingly worked. Again. Could be wrong.

So hell man. If it costed nothing? I’d all for putting our “bulls on parade.” Absolutely.

Shit man. You know what would be awesome?

If Hollywood wasn’t so far up its own ass raping itself, and Hollywood actually gave a shit abotu America. Y ou know. Those hypotheticals thrown in there. Hollywood should make the BESTEST CGI~! military parade ever. Throw in a billion nukes. Fucking T-rexes with lazer eyes. Throw in a few dozen Fallout inspired “Liberty Primes” in there.

You wanna ensure America’s safety? Make this legit CGI parade. Make sure our enemies see it. Hell. “End Credits” type of thing at the end just right, “Fuck with us, I dare you.” Make Islamists quake in their boots. Make North Korea rethink their 60ish years of military planning.

People that hate Trump are dumb. 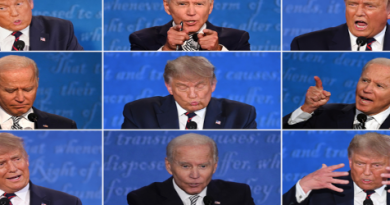 Let’s Get a Few Things Straight